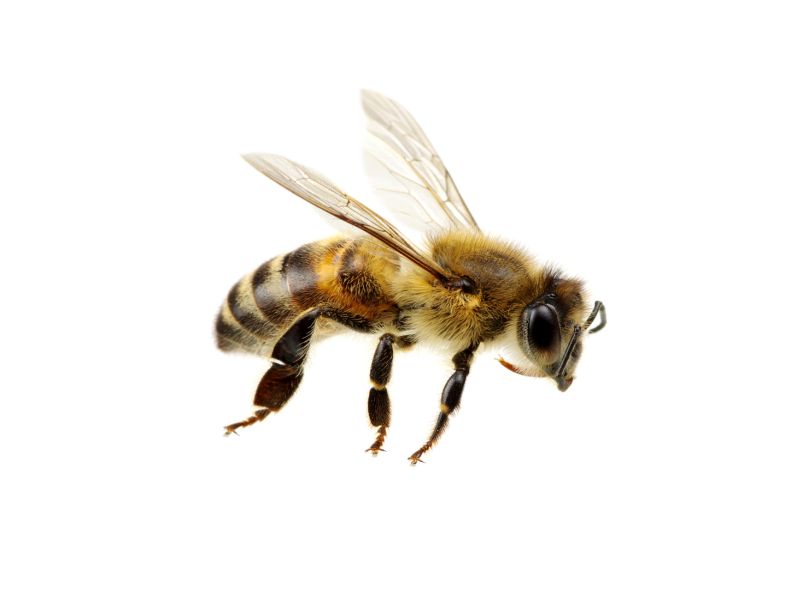 Antibiotics can increase a honeybee’s risk of death, a discovery that also has implications for people, researchers say.

The bees that received the antibiotic were marked with a dot and were half as likely to survive for a week compared to those that did not receive the antibiotic.

The researchers also found that the antibiotic cleared out beneficial gut bacteria in the bees, enabling a harmful type of bacteria called Serratia — which also occurs in people — to become established.

The results indicate that antibiotics given to honeybees to protect them could be one reason for sudden declines in honeybee colonies, along with pesticides and habitat loss.

In large-scale U.S. agriculture, beekeepers typically apply antibiotics to their hives several times a year to prevent bacterial infections that can lead to a widespread and destructive disease that affects the larvae.

“Our study suggests that perturbing the gut microbiome of honeybees is a factor, perhaps one of many, that could make them more susceptible to declining and to the colony collapsing,” study leader Nancy Moran said in a university news release. She is a professor of integrated biology.

“Antibiotics may have been an underappreciated factor in colony collapse,” Moran added.

Study co-leader Kasie Raymann is a postdoctoral researcher at the university. “It’s useful for beekeepers to use antibiotics to protect their hives from foulbrood [the larvae disease],” she said. “But this work suggests that they should also consider how much and how often they’re treating hives.”

The findings are the latest to show that overuse of antibiotics can pose a health threat to people and other living things.

“We aren’t suggesting people stop using antibiotics,” Moran said. “Antibiotics save lives. We definitely need them. We just need to be careful how we use them.”

The study was published March 14 in the journal PLoS Biology.

The U.S. Centers for Disease Control and Prevention has more on antibiotics.