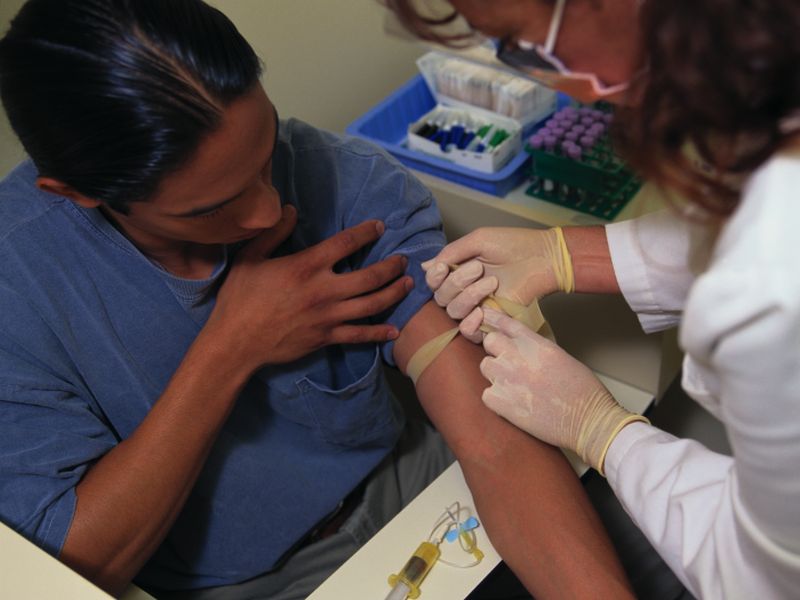 A blood test can detect the return of lung cancer months before CT and PET scans, a new study suggests.

The research included 48 adults with stage 2 or 3 locally advanced non-small cell lung cancer (NSCLC). The patients were aged 31 to 84. All were treated with chemotherapy and radiation.

The blood tests were able to detect lung cancer recurrence an average of six months before CT and PET scans, the investigators found.

The study was presented March 16 at a meeting of the American Society for Radiation Oncology, in San Francisco. Research presented at meetings should be viewed as preliminary until published in a peer-reviewed journal.

“The additional lead time afforded by an earlier diagnosis may enable doctors to better tailor alternative and salvage treatments to improve their patients’ outcomes and quality of life,” said lead author Chimbu Chinniah. He is a research fellow in radiation oncology at the University of Pennsylvania School of Medicine in Philadelphia.

“Earlier detection of recurrence may even translate into an increased likelihood of curing these patients when their tumor burden is lowest and thus more likely to respond to therapy,” Chinniah suggested in a society news release.

According to the study’s senior author, Dr. Charles Simone II, “The future use of circulating tumor cells as a diagnostic and prognostic tool for localized NSCLC looks promising.”

Simone said that imaging tests — such as CT and PET scans — will remain “the cornerstone of post-treatment surveillance.”

But blood tests could be used together with imaging scans. This combination might be a better way to monitor patients after treatment, he added. Simone is an associate professor of radiation oncology at the University of Maryland School of Medicine, in Baltimore.

The U.S. National Cancer Institute has more on lung cancer.