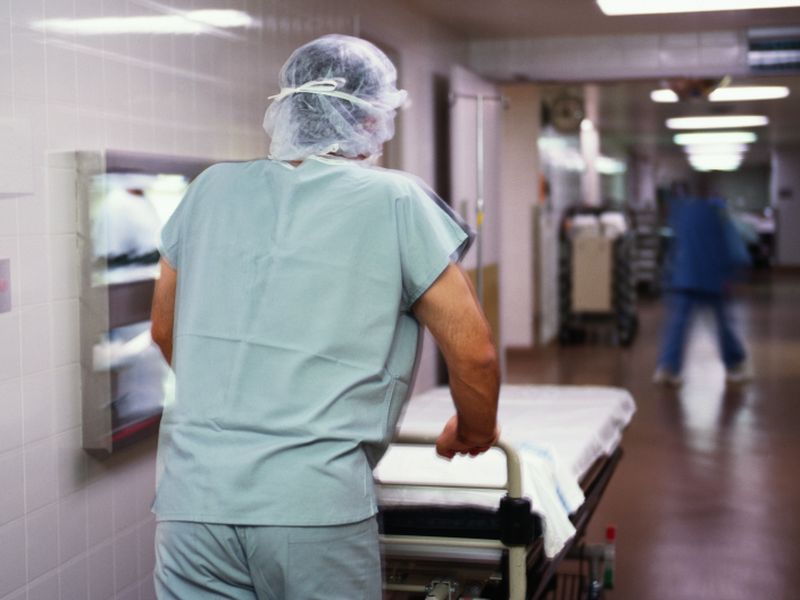 Hospital patients may be less likely to die if they are treated during weeks that inspectors are checking on the staff, a new study suggests.

In the United States, hospitals are accredited by a body known as the Joint Commission. Inspectors from the commission make unannounced visits to each hospital every 18 to 36 months, to make sure staff are complying with standards for patient safety and care.

The new study asked a basic question: Do patients fare better if they are treated during an inspection week?

The answer, it seems, may be yes.

Researchers found that across nearly 2,000 U.S. hospitals, Medicare patients had a slightly lower risk of dying within 30 days if they were admitted during an inspection week, versus other weeks.

The difference was small: Among patients admitted during a non-inspection week, 7.2 percent died within 30 days. That compared with 7 percent of those hospitalized during an inspection week, the investigators found.

Now, the question is why are death rates lower during inspection weeks?

“It’s difficult to connect this to any specific behaviors,” Barnett said. “We know that everyone snaps to attention during [inspection] surveys. But we don’t know what, exactly, is explaining this.”

Barnett and his colleagues reported their findings in the March 20 online edition of JAMA Internal Medicine.

Friedberg called the findings “very interesting.” But he also cautioned that the study needs to be replicated, to ensure that the pattern it detected is “real.”

If that’s the case, he said, then other studies will need to take a deeper look at what’s going on.

The latest study is based on Medicare records, he pointed out. So the researchers had no detailed information on hospital staff behavior.

But there’s no way to know for sure from these findings alone. So, Friedberg said, “No urgent action can be taken based on this study.”

Barnett agreed. He sees the research as “hypothesis-generating” for future studies.

And that difference was clearest at large teaching hospitals, the findings showed. At those centers, the average death rate was 6.4 percent for patients admitted during non-inspection periods, versus 5.9 percent among those treated during inspection weeks.

But, he noted, large academic hospitals have “more to lose” if their reputations are damaged by citations in the review process. And they may be better equipped to “sound the alarm and rally the troops” after inspectors arrive.

No one suggested that hospital staff are usually lax.

But it’s well known, from research in different fields, that people change their behavior when they’re being monitored, Barnett and his colleagues pointed out.

Does that mean hospital staff should be monitored at all times? No, according to Barnett. “We realize it’s impractical for people to feel like they’re always being scrutinized,” he said.

And if staff are just generally operating on high alert during inspection weeks, Friedberg questioned whether that could be maintained at all times. “You can only sprint for so long before you have to slow down,” he said.

On the other hand, Barnett said, it’s important to figure out if specific practices explain the lower mortality in this study. That kind of information could be translated into action.

The non-profit Leapfrog Group has advice on staying safe in the hospital.