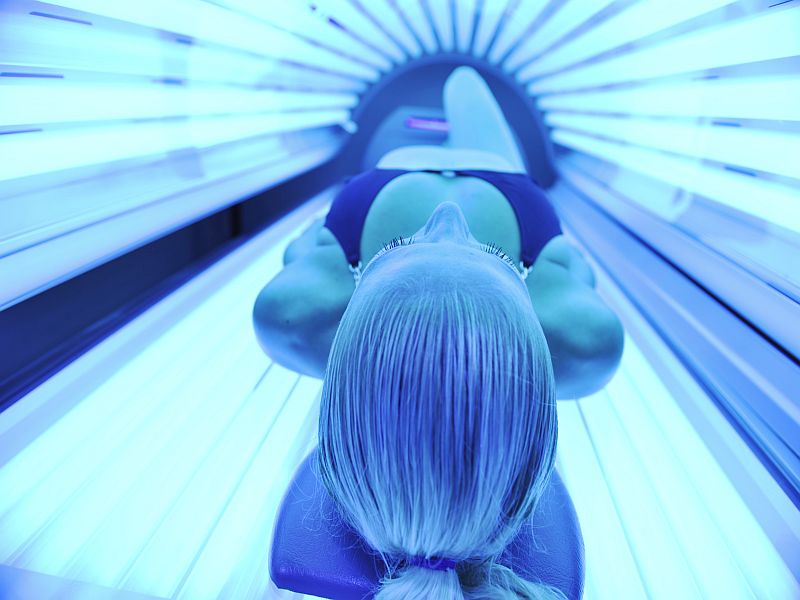 People who seem to have a deep tan year-round — whether from the sun or indoor tanning — may be “addicted” to tanning. And new research suggests there’s also a link between such tanning and other addictions.

SAD is a type of depression related to the shorter, darker days of winter.

Cartmel’s team surveyed nearly 500 people who had previously sunbathed or used an indoor tanning bed. All of the participants had also been part of a study on early onset skin cancer among those under age 40 in Connecticut.

Just about one-quarter of the group surveyed were categorized as tanning-dependent based on their answers to two questionnaires.

People were classified as tanning-dependent if they answered “yes” to five or more questions out of 13 on the two different questionnaires. The survey included questions such as: Do you feel guilty about tanning? Are you annoyed when people say you tan too much? Do you feel guilty about continuing to tan despite knowing that tanning can increase the risk of skin cancer?

Those addicted to tanning were mostly women. Being female was linked to a nearly seven times higher risk of tanning-dependency, the study found.

Tanning-dependency was also tied to a higher risk of SAD or alcohol dependence, as well as exercise addiction.

However, the study only found an association between tanning dependency and the other behaviors; it did not prove cause and effect.

“The reward of endorphins might play a role,” she suggested.

Dr. Bryon Adinoff, a professor of psychiatry at the University of Texas Southwestern Medical Center, has studied brain changes associated with tanning.

“We have found that UV light activates areas of the brain and chemicals in the brain that are known to be involved in other rewards and other addictions,” he said.

Those with tanning dependence and other addictions may have an environmental or genetic predisposition to those behaviors. This study adds new information about the crossover between tanning and other addictions, said Adinoff, who was not involved with the new research.

The pull of tanning seems quite strong for some. Past research has found that even those who survive the deadly skin cancer melanoma often continue to tan.

Cartmel and Adinoff both said they don’t know of any treatment to reduce tanning dependence.

The study was published online recently in the Journal of the European Academy of Dermatology and Venereology.