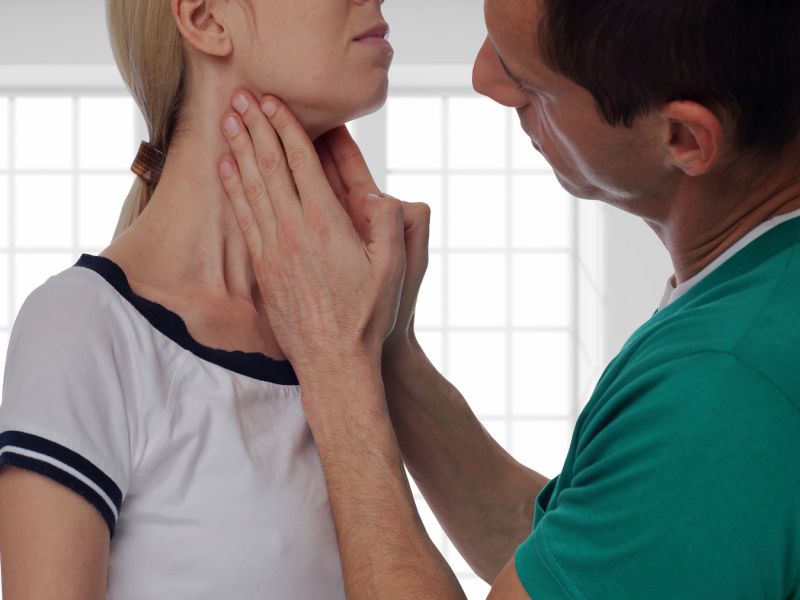 The rate of Americans diagnosed with thyroid cancer has more than tripled over the past four decades, and continues to rise more than 3 percent a year, new research shows.

The rise can’t be completely attributed to better detection or “overdiagnosis,” said a team led by Cari Kitahara of the U.S. National Cancer Institute.

The findings “are consistent with a true increase in the occurrence of thyroid cancer in the United States,” the researchers reported March 31 in the Journal of the American Medical Association.

The thyroid is a butterfly-shaped organ at the base of the throat. While the vast majority of thyroid cancers aren’t life-threatening, the death rate for a particularly aggressive form of the disease — advanced papillary thyroid cancer — has increased, the study found.

“Historically, thyroid cancer incidence has increased from overdiagnosis, due to more readily available technology such as sonograms and fine needle biopsy,” explained Dr. Robert Courgi. But, he added, “the increase found in this study is greater than we expected.”

Courgi is an endocrinologist at Northwell Health’s Southside Hospital in Bay Shore, N.Y. He wasn’t involved in the study.

According to the American Cancer Society, close to 57,000 new cases of thyroid cancer will be diagnosed in the United States in 2017. The disease strikes women more often than men — more than 42,000 of those new diagnoses are expected to occur in females.

Luckily, thyroid cancer is one of the most curable tumor types. Still, the cancer society notes it will kill more than 2,000 Americans this year.

Numerous studies have suggested that thyroid cancer incidence is rising, but there’s been debate on whether that’s simply an artifact of improved detection methods.

To help settle the issue, Kitahara’s team used detailed data from a major U.S. cancer database, looking at trends in thyroid cancer incidence and death from 1974 to 2013.

The researchers found that “thyroid cancer incidence increased, on average, 3.6 percent per year during 1974-2013,” with rates for papillary thyroid tumors increasing at an even faster rate (4.4 percent annually).

The overall rate of new cases more than tripled — a 211 percent rise — over the study period.

Kitahara and her colleagues believe these increases can’t be explained by better detection. They noted that certain known risk factors for thyroid cancer — especially rising obesity rates — may play a role.

“Obesity prevalence has increased threefold among U.S. adults between 1960 and 2012, with the fastest rate of increase between 1980 and 2020,” the researchers pointed out.

Smoking is another potent risk factor. While fewer Americans smoke now than they used to, obesity and smoking together “have been estimated to be related to more than 40 percent of all new cases of thyroid cancer annually in the United States,” the study authors said.

As for deaths linked to advanced papillary thyroid tumors, Kitahara’s team believes there needs to be a “renewed focus” on aggressive management of this disease, including surgery, radiation and/or drug therapy.

Courgi agreed the study is a wake-up call for those concerned about this common cancer.

“This study suggests that the rate of thyroid cancer is increasing greater than we expected and we need to learn more in hopes of prevention,” he said.

Find out more about thyroid cancer at the American Thyroid Association.