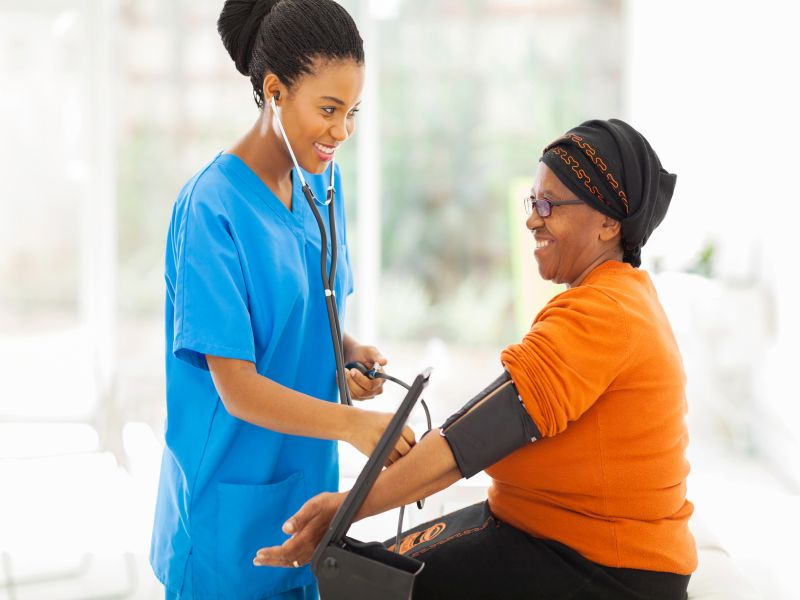 People with heart disease may fare better when they feel they can trust and talk to their doctor, two new studies suggest.

In one study, researchers found that heart patients who thought their doctors were good communicators were more likely to take aspirin and cholesterol-lowering drugs. They were also less likely to land in the ER.

In the other study, patients were more apt to take their blood pressure medication if they generally trusted the medical profession.

It’s no secret that communication and trust are important in any doctor-patient relationship, according to Dr. Victor Okunrintemi, the lead researcher on the communication study.

What’s not clear is how those things affect heart patients’ health, said Okunrintemi, who is based at Baptist Health South Florida in Miami.

The new findings, he said, don’t prove that doctors can keep their patients out of the ER by being good listeners.

“We can’t say for sure that if you have good communication with your doctor, you’ll have better outcomes,” Okunrintemi said.

But it “makes sense,” he added, that if patients feel they’ve had time to ask questions — and believe their doctor listened to them — they’ll be more likely to stick with their treatment plan.

“Studies like this imply that we can improve our patients’ outcomes if we can be better communicators,” Okunrintemi said.

He was scheduled to present the findings Monday at a meeting of the American Heart Association (AHA), in Arlington, Va.

The results are based on interviews with over 6,800 patients with hardened blood vessels (atherosclerosis) — meaning they had artery-clogging plaques that put them at risk of suffering a heart attack or stroke.

The patients were asked to rate how often their doctor spent enough time with them, explained their care clearly, listened to their questions and showed “respect” for what they had to say.

Those patients were also 41 percent less likely to go to the ER, and spent less on health care — around $1,200 less per year, on average.

Of course, patients who communicate well with their doctors may differ from other patients in many ways, Okunrintemi said. But, he added, his team did account for some of those factors — such as patients’ income and overall health.

The second study included 201 patients with high blood pressure. Half of the study participants were Hispanic.

This study was led by Lilia Meltzer, a nurse practitioner from UCLA. It found that those patients who generally trusted the medical profession took their medications 93 percent of the time — versus 82 percent among patients who were less trusting.

These studies don’t prove that communication or trust, specifically, made the difference, according to AHA spokesperson Dr. Nieca Goldberg. She’s medical director of the Women’s Heart Program at NYU Langone Medical Center in New York City.

Medical information can be complicated, and patients bring different things to the table, she pointed out.

Some come in armed with information they found online and plenty of questions, Goldberg said. Others have lower “health literacy,” she noted, and may have difficulty understanding the information they’re given.

“You have to be able to adapt what you’re saying to the individual,” Goldberg said. “It’s also important to ask them questions, and repeat what they say back to them, to make sure you’re understanding correctly. Be an active listener.”

It’s also helpful to not only talk, but to give patients simple written information to take home, Goldberg said.

The medical profession is paying more attention to the art of communication than years ago, both Goldberg and Okunrintemi said. Medical schools and continuing medical education courses are increasingly focusing on communication skills.

Patient “satisfaction,” in general, is growing in importance, Okunrintemi pointed out. It’s now a factor in Medicare reimbursements to hospitals.

The U.S. National Institutes of Health has advice on communicating with your doctor.