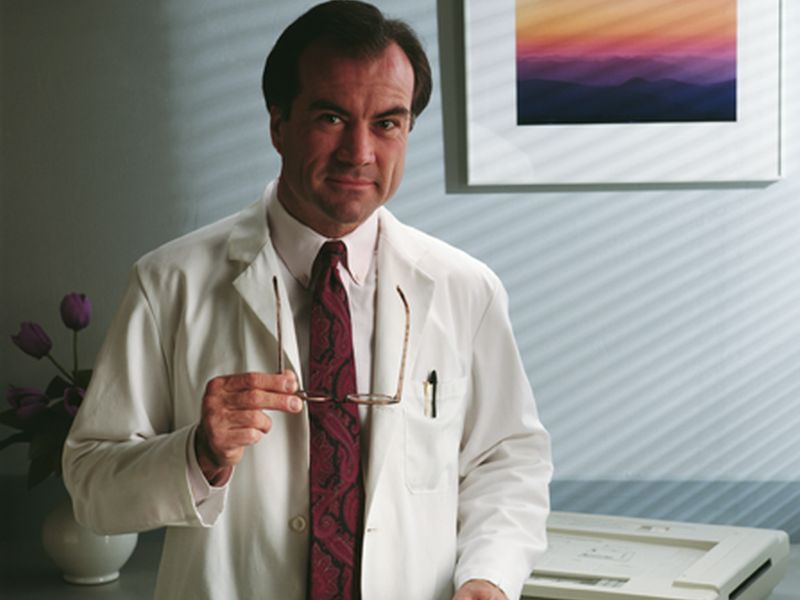 Fewer than one in three men screened with the PSA (prostate-specific antigen) test for prostate cancer talked about the risks and benefits of the test with their doctor.

Those findings come as an influential United States Preventive Services Task Force (USPSTF) panel on Tuesday decided to loosen its recommendations on the PSA test. Now, the panel says discussion between a man and his doctor should guide decisions around getting the test.

But researchers at Brown University say these discussions are still uncommon.

“That only about a third of patients [in the study] reported having a discussion of advantages and disadvantages is an alarming statistic,” study author Dr. George Turini III said in a news release from the Rhode Island university.

Turini is a clinical instructor in medical science at the university’s Warren Alpert Medical School.

His team said an open dialogue about the test may have become less likely following the prior, more stringent USPSTF guidelines, issued in 2012. Those rules recommended against routine PSA screening for men at average risk for prostate cancer.

“We believe our findings may be indicative of a shift in practice patterns away from detailed prescreening discussions among health care providers who have implemented the 2012 (USPSTF) recommendation into their caregiving,” the study authors wrote.

More study is needed to make sure men are getting the information they need to make an informed decision about the screening test, the researchers said.

Catching cancer early is essential to treating dangerous and aggressive forms of the disease, which can be a benefit from the test.

But routine screening of people who appear healthy can have risks, too. The USPSTF first discouraged PSA testing because of those risks.

If a PSA test comes back higher than normal, prostate cancer can only be confirmed with a biopsy. But a biopsy can result in complications such as infection, bleeding or pain. Even if prostate cancer is confirmed, treatment can be very challenging and sometimes unnecessary, the Brown researchers added.

And if someone has a slow-growing prostate cancer that doesn’t necessarily need treatment, the emotional distress of a cancer diagnosis shouldn’t be underestimated, Turini said.

Men who were more likely to undergo testing without being aware of all the risks and benefits involved had low incomes, lacked a high school diploma, were uninsured or were Hispanic, the study found.

“The most vulnerable men are getting less counseling,” said study co-author Annie Gjelsvik, an assistant professor of epidemiology at Brown’s School of Public Health.

Before the 2012 USPSTF recommendation was made, a survey conducted that same year found that only 30 percent of patients had discussed both the risks of benefits of PSA testing with their doctor. Slightly more — 30.5 percent — said they had no discussion about these issues. Nearly 40 percent only talked about the advantages of PSA testing.

Two years later, a survey of more than 111,000 men found little change — only 30 percent reported discussing both the pros and cons of PSA testing. Another 34 percent had no discussion at all about risks or benefits. About 36 percent of men chatted with their doctors only about the benefits of screening.

Turini’s team believes that doctors need to have a comprehensive discussion with their patients about the risks and benefits of PSA testing.

The study was published online recently in the journal Urology.