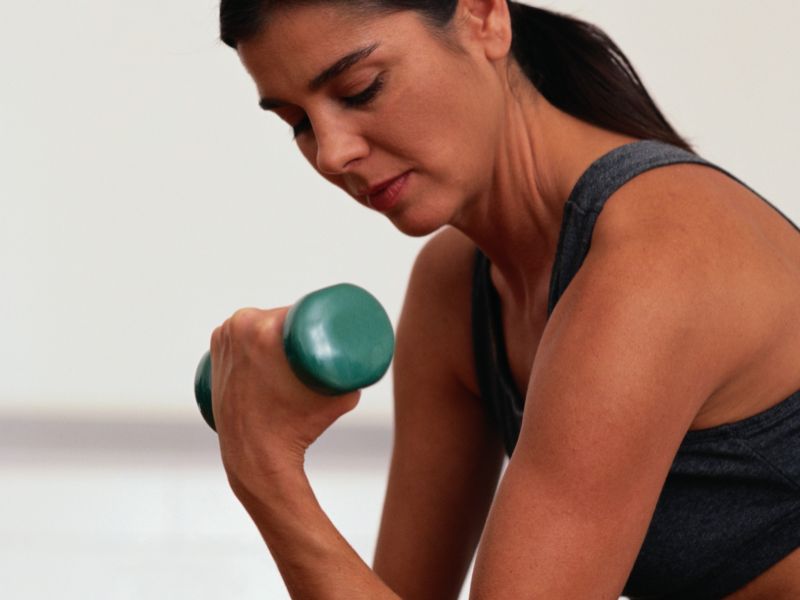 Can a new exercise regimen boost your brain health if you’re over 50?

“When we combined the available data from [39 previous] studies, we were able to show that undertaking physical exercise was able to improve the brain function of people aged 50 and over,” said study lead author Joseph Northey. He’s a doctoral candidate and teaching fellow at the University of Canberra Research Institute for Sport and Exercise in Australia.

The review included 18 studies that looked at the impact of aerobic exercise — such as walking, running and swimming — on thinking, alertness, information processing, executing goals and memory skills.

Resistance training, such as weight lifting, was the focus of 13 studies. Another 10 studies looked at various types of exercise done in combination. And, a handful of studies specifically explored the impact of tai chi and yoga on brain health.

Study participants did their exercise under some degree of supervision, the researchers noted.

Activity routines were categorized in terms of exercise type, intensity and length. They were then stacked up against the results of tests that measured brain performance.

In the end, the researchers determined that exercise did help brain health. However, different forms of exercise were linked to different types of benefits.

Northey added that, besides highlighting the benefits of aerobic exercise, “being able to show that resistance training — such as lifting weights or using body weight — was similarly beneficial is a very novel and important finding.”

“Combining both aerobic and resistance training is ideal,” he said.

“In addition to improving your brain function as our review shows, you should expect to see improvements in cardio-respiratory fitness and muscle strength, which are important for maintaining general health and being able to undertake day-to-day tasks,” Northey said.

The research team also concluded that the biggest brain boost comes from routines that are of moderate to vigorous intensity and conducted as often as possible for between 45 minutes to an hour.

But will middle-aged people new to exercise gain as much of a brain boost as those who’ve been exercising for decades?

“We know in many animal models and population type studies that the longer people are physically active the greater the benefits to brain function,” Northey said.

He added that more research is underway to assess just how much exercising while young might ultimately confer on brain health among those over 50.

Northey also offered some advice for those motivated by the findings to get moving. If you’re currently inactive, he suggested speaking to your doctor to make sure it’s safe for you to start exercising.

“It is also worthwhile gaining some instruction on exercise methods to ensure that you are setting achievable goals and getting the most out of the time invested in exercise,” he said.

Dr. Anton Porsteinsson is director of the Alzheimer’s Disease Care, Research and Education Program with the University of Rochester School of Medicine in Rochester, N.Y.

He said that earlier investigations looking into the protective effect of exercise on brain health “have not agreed on this matter.”

But looked at collectively, he said, the current review “suggests that exercise, including aerobic exercise, resistance training and tai chi, is beneficial to brain health in addition to the well-established positive effects that exercise has to improve general health and reduce risk of disease.

“Of particular interest to me,” Porsteinsson added, “is that a combination of aerobic and resistance training appears to have the largest effect.”

“(And) along with studies suggesting that certain diets contribute to brain health,” he noted, “it appears that adopting a healthy lifestyle is never too late.”

The study was published online April 24 in the British Journal of Sports Medicine.