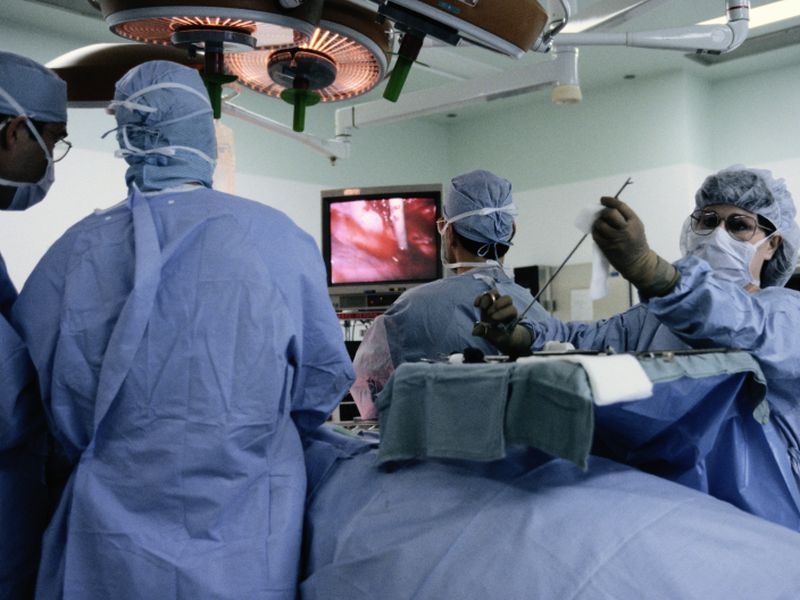 A highly sensitive blood test can identify patients with a raised risk of death in the month after surgery, a large study suggests.

On average, 1 percent of patients die within 30 days after noncardiac surgery — most from a heart attack, said researcher Dr. P.J. Devereaux, a professor at McMaster University in Ontario, Canada.

Testing for a protein called troponin that’s found in heart muscle can help identify those post-op patients most at risk, Devereaux and an international team of researchers reported.

However, the study could not prove a direct cause-and-effect relationship between troponin levels and death risk.

Surgery is a major stress to the body’s organs. Troponin is released into the blood when the heart muscle has been damaged, Devereaux explained.

“Most of the heart injuries happen in the first day-and-a-half after surgery, when most patients are getting narcotics that can mask typical heart symptoms,” said Devereaux, who specializes in health research methods, evidence and impact.

The U.S. Food and Drug Administration recently approved a high-sensitivity troponin test. Devereaux’s team found it accurately pinpointed at-risk patients — even those with no obvious symptoms of heart damage.

At its highest levels in the first three days after surgery, troponin can indicate a nearly 30 percent increased risk of heart attack within a month, the researchers found.

Measuring troponin after an operation should be part of standard care, Devereaux said, adding the test is relatively inexpensive.

While impressed with the study findings, other experts said testing alone won’t save lives.

“One of the biggest risks with any kind of surgery is a heart attack during or immediately after the operation,” said Dr. Byron Lee, a professor of medicine and director of electrophysiology laboratories and clinics at the University of California, San Francisco.

This new test picks up minor injury to the heart that could go unnoticed, he said.

However, “in order for this to be truly groundbreaking, we will need to find ways to protect the patients who test positive,” Lee said.

Dr. Gregg Fonarow, a professor of cardiology at the University of California, Los Angeles, agreed that the test by itself isn’t enough to keep patients alive.

“While this biomarker identifies patients at higher risk for dying, further studies are needed to determine if this information can be used in a way that will modify the risk and improve outcomes in postoperative patients,” Fonarow said.

For the study, the researchers collected data on more than 21,800 men and women from 13 countries, ages 45 and older, who underwent major surgery not involving the heart.

Their operations ranged from hip and knee replacement to abdominal, breast and chest surgery.

To gauge the accuracy of troponin testing in detecting heart damage, protein levels were measured six to 12 hours after surgery and daily for three days.

About 18 percent of the patients were found to have heart injury unrelated to their condition before surgery. That heart damage would have been missed in nearly all cases (93 percent) if troponin wasn’t measured, the study authors said.

Within 30 days after surgery, 266 had patients died, Devereaux said.

When troponin levels were between 20 and 65 nanograms per liter (ng/L) of blood, the risk of dying within a month after surgery was 3 percent. Risk of death rose along with the protein, reaching about 30 percent at levels of 1,000 ng/L or more, the researchers said.

In addition, a change in troponin levels of 5 ng/L or more was also linked with an increased risk of dying in the 30 days after surgery.

Even without symptoms such as chest pain or an abnormal ECG (electrocardiogram), the risk of death linked with troponin was predictive, the researchers found.

The report was published April 25 in the Journal of the American Medical Association.

For more on the risks of surgery, visit the Cleveland Clinic.