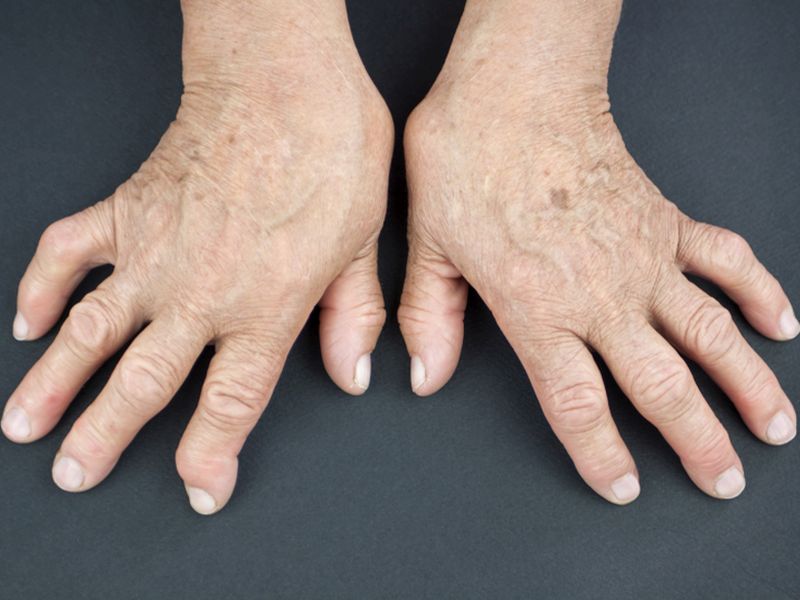 Patients who were treated within six months of developing the first signs of the autoimmune disease did better in the long run and were less likely to suffer early death, British researchers found.

The findings stem from an analysis of more than 600 patients who were initially diagnosed with rheumatoid arthritis (RA) between 1990 and 1994. They were tracked for over 20 years.

Over the study time frame, investigators assessed key symptoms of RA, such as swollen and/or tender joints, and indications of disability. All deaths were also noted.

The research team found that patients who started treatment for RA within the first half-year after the first symptoms surfaced tended to have no greater levels of disability over a 20-year period than patients who required no treatment.

And while roughly 44 percent of the patients died during the study period, the team observed that early treatment translated into a notably lower mortality risk.

The findings were published online April 20 in the journal Arthritis & Rheumatology.

“This research emphasizes the importance of early treatment and the long-term benefits of early treatment,” study author Dr. Suzanne Verstappen, from the University of Manchester, said in a journal news release.

“In the early 1990s,” she added, “when this study started, only 30 percent of patients received early treatment, but this number has increased significantly in the last decade.

“It’s expected that in the next 10 years, newly diagnosed patients will have a better future with respect to functional ability, less severe disease activity and improved quality of life,” Verstappen said.

The U.S. National Institute of Arthritis and Musculoskeletal and Skin Diseases has more on rheumatoid arthritis.