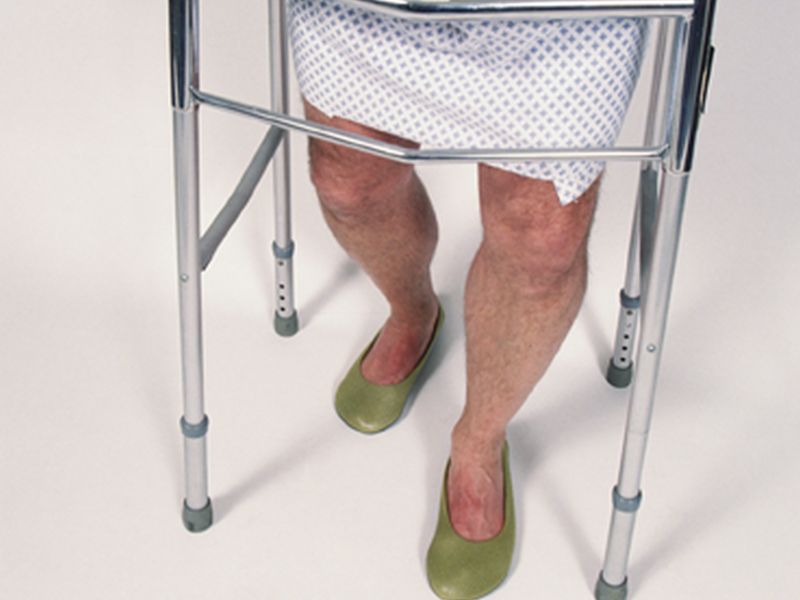 Falls and resulting hip fractures can prove disabling and even fatal for seniors. And new research suggests the risk of hip fractures rises soon after an older person is prescribed a sleeping pill.

Specifically, older people are at greater risk for hip fractures for two weeks after they start taking prescription sleeping pills. Those pills include benzodiazepines such as Valium or Ativan, and newer “Z-drug” alternatives such as Ambien, Sonata or Lunesta.

Even though Z-drugs are often prescribed to help people sleep, “there is no evidence that they are a safer alternative to benzodiazepines in relation to hip fracture risk,” said study lead author Dr. Ben Carter, of Cardiff University’s School of Medicine and the Institute of Psychiatry, in the United Kingdom.

“Our study shows that both appear to significantly increase the risk of hip fracture when newly prescribed by doctors,” he said in a university news release.

One expert in the United States said he’s familiar with the sleeping pill-fracture connection.

Dr. Alan Mensch helps direct medical affairs at Northwell Health’s Plainview and Syosset Hospitals in New York. He said the link between hip fracture and the use of Valium, Ativan and other benzodiazepine sleeping pills became apparent as early as the 1970s.

“These hip fractures resulted in the mortality of anywhere from 20 percent to 50 percent of these patients with permanent disability in a significant number of survivors,” Mensch noted.

To help give patients a safer alternative, the Z-drugs were developed, but they may be no better in terms of users’ risk of falling, Mensch believes.

In its new research, Carter’s team reviewed data from 18 studies on sleeping pills and hip fracture risk, with study populations ranging from 500 to more than 900,000 people. Participants were over 65 years of age, with most in their 70s and above.

The review found that new users of prescription sleep aids — which have been associated with daytime drowsiness, delayed reaction times and impaired balance — had a fracture rate nearly 2.5 times greater than their peers who were not taking these drugs.

The risk did subside over time, but never went away completely. According to the study, people who used the drugs for between 15 and 30 days had an estimated 53 percent increase in their hip fracture risk. And the risk was still 20 percent higher for those taking the drugs long-term, or more than 30 days, compared to people not taking the medications.

Carter said doctors need to be aware of the heightened risk of falls and fracture when they prescribe sleeping pills to older patients. Certain interventions — such as “strength training to improve frailty, removal of hazards at home, visual correction and a medication review — are also needed to mitigate the risk of hip fractures, particularly in the first few days of use,” he said.

For his part, Mensch wondered if doctors and patients are reaching too readily for sleeping pills in the first place. He said there are simple, non-pharmacological alternatives that might help people get good shut-eye.

“Some examples of these therapies are exercise several hours before bedtime, caffeine avoidance after 3 p.m., limiting alcohol consumption and other ‘sleep hygiene’ measures,” Mensch said. “These measures should be undertaken initially to aid sleep.”

Dr. Matthew Hepinstall is an orthopaedic surgeon at Lenox Hill Hospital in New York City, who’s seen the tragic effects of hip fracture in his patients. He noted that “osteoporosis and insomnia commonly coexist in older people, and prescription of sleeping pills is believed to increase the risk of falls and fractures, creating a clinical challenge.”

Hepinstall agreed with Mensch that patients should try non-drug options before resorting to a sleeping pill. And if they do take such drugs, they should safeguard their surroundings to help prevent falls, he suggested.

The findings were published online recently in PLOS One.

The American Sleep Association has more about sleeping pills and their side effects.