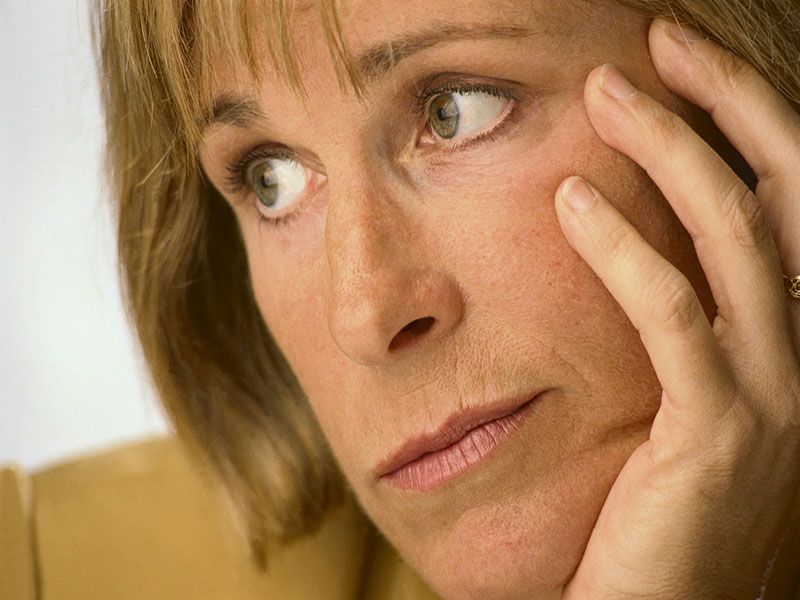 Women are more likely to be anxious when they live in a poor community than in a more affluent one, a new British study suggests. But researchers say the same isn’t true for men.

“We see from our study that women who live in deprived areas not only have to cope with the effects of living in poverty, but are also much more susceptible to anxiety than their peers,” said study lead author Olivia Remes. She’s a candidate at the University of Cambridge Department of Public Health and Primary Care.

“In real terms, given the number of people living in poverty worldwide, this puts many millions of women at increased risk of anxiety,” Remes said in a university news release.

“Anxiety disorders can be very disabling, affecting people’s life, work and relationships, and increasing the risk of depression, substance misuse and serious medical conditions,” she said.

Previous studies have shown that living in poverty is linked with a much greater risk for serious health issues and a shorter life span, the researchers said.

For the study, 21,000 people living in east England completed questionnaires about health and lifestyle habits between 1993 and 2000.

Around 2.5 percent of women and 1.8 percent of the men had generalized anxiety disorder, the research showed.

The study couldn’t prove that where women lived caused the anxiety. But the results showed that women living in the most poverty-stricken areas were over 60 percent more likely to have anxiety than women in wealthier areas.

So why weren’t men’s anxiety levels tied to their neighborhood’s affluence? The researchers suspect that women are more involved in their communities. Women may be home more and do more of the domestic duties, implying the stress of living in a poor community affects them more, the researchers said.

It’s also possible that men in poorer areas aren’t getting off scot-free. Men may be less susceptible to anxiety. But it’s possible men’s stress may lead to other negative behaviors, such as alcohol and substance abuse, the researchers said.

“Anxiety disorders affect a substantial number of people and can lead to poor health outcomes and risk of suicide. Now we know that women are particularly affected by deprivation, while men less so,” said study co-author Carol Brayne, from the Cambridge Institute of Public Health.

“This is intriguing and further research is needed on this, particularly in the most deprived regions,” she said.

Study co-author Louise Lafortune is a senior research associate at the Cambridge Institute of Public Health. She said the study’s findings show the community needs to be considered when developing mental health policies. Investing in a local area won’t necessarily benefit everyone in that area the same way, she said.

“It’s evident from our study that we need to take into account gender when determining what action to take. This is particularly important at a time of scarce economic and health-related resources,” Lafortune said.

The study was published recently in BMJ Open.

The U.S. Department of Health and Human Services provides more information on anxiety among women.