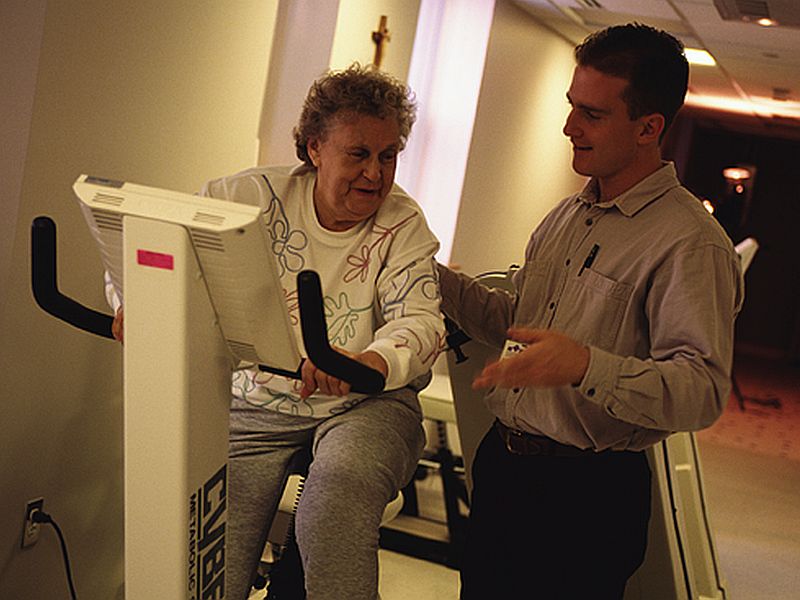 Older, obese adults need to shed weight, but dieting can worsen their frailty. A new study addresses this conundrum, suggesting seniors take up both aerobic and resistance exercise while slimming down.

Engaging in aerobic and resistance exercise while losing weight enabled study participants to maintain more muscle mass and bone density compared to folks who did just one type of exercise or none at all, the researchers found.

“The best way to improve functional status and reverse frailty in older adults with obesity is by means of diet and regular exercise using a combination of resistance and aerobic exercise training,” said study leader Dr. Dennis Villareal. He’s a professor of medicine at Baylor College of Medicine in Houston.

More than one-third of people age 65 and older in the United States are obese, according to the study authors. Obesity worsens the typical age-related decline in physical functioning and causes frailty, while weight loss can lead to harmful declines in muscle mass and bone density.

After six months, physical performance test scores increased by 21 percent in the combination exercise group, but just 14 percent among those who only did aerobic exercise or resistance exercise, Villareal’s team said.

The researchers also found that lean body mass and bone density declined less in the combination and resistance groups than in the aerobic group.

One strength of the study is its evaluation of several regimens, said Miriam Nelson, director of the Sustainability Institute at the University of New Hampshire.

Such research is critical, as ”the majority of [older] people are either overweight or obese,” said Nelson, who wasn’t involved in the study.

While many studies of obese or overweight older adults focus only on exercise and weight loss, “this is really looking at health,” she said.

“Health in aging is really [about] functioning,” Nelson said. Maintaining muscle strength and bone density is essential to remain mobile and functional, she pointed out.

“All these multiple factors are what dictate to a large extent somebody’s ability to be independent, healthy and to live life to its fullest as they age,” Nelson added.

At the outset of the study, participants were mildly to moderately frail, according to the authors.

The researchers assessed the seniors’ physical performance, muscle mass and bone health over the 26-week study.

The overall winners, the combination group, exercised three times a week, from 75 to 90 minutes each session.

The study was published May 17 in the New England Journal of Medicine.

To learn more about exercise and older adults, see the U.S. National Institutes of Health.