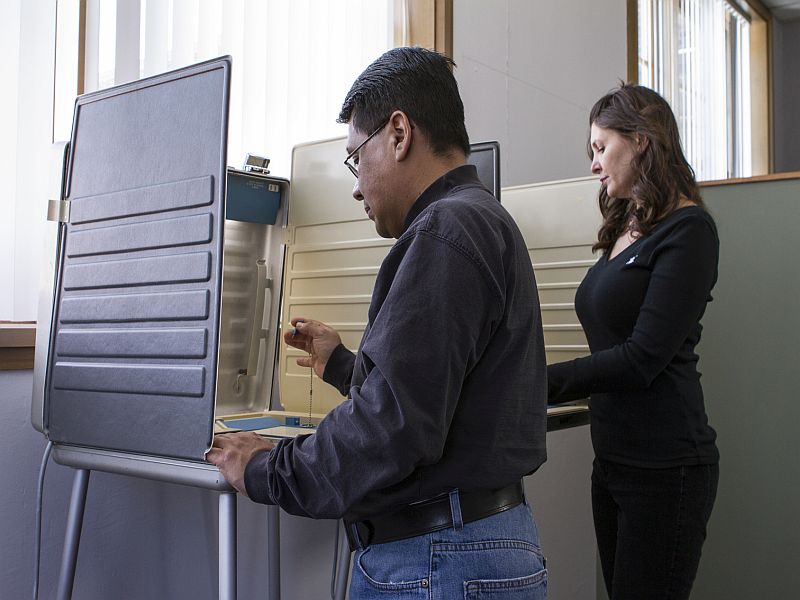 Now, a new analysis suggests that ballot box results may rob some of the American public of its health, driving up stress levels, disease incidence, premature births and even premature deaths.

The review included the presidential elections of both Barack Obama and Donald Trump.

“The bottom line is that we found that a dramatic social event, such as terrorist attack or even a presidential election, can be a factor that can undermine health,” said study author David Williams, a professor of public health at the Harvard School of Public Health in Boston.

Williams and review co-author Dr. Morgan Medlock, a psychiatrist from Massachusetts General Hospital in Boston, reported their findings in the June 8 issue of the New England Journal of Medicine.

However, the research did not prove that elections can actually cause health problems; it only showed an association. And the study authors acknowledged that, for some, electoral results can benefit health.

“For example, it’s quite possible that people who are strong supporters of President Trump feel that their candidate’s recent win provides them with a sense of hope, affirmation and a source of pride,” said Williams. “And they may realize some real short-term mental and physical health benefits related to feeling more optimistic about the future.”

The same, he noted, could be said of supporters of President Obama in 2008 and 2012, and South Africa’s Nelson Mandela in 1994, when each won their respective presidential contests.

But the new analysis also suggests a harsh flip side, in which those on the losing end of an election may see their mental and physical health start to sink under a wave of perceived threats and targeted hostility.

First, the review found that the last three presidential elections were associated with a notable increase in racial resentment and animosity, anti-minority rhetoric, and hostility towards immigrants.

One study found that hate speech websites have grown in number since Obama’s first election. And a 2016 survey of 2,000 elementary and high school teachers revealed that half have seen their students become “emboldened” when it comes to using racist and ethnic slurs.

Two-thirds of the teachers said many students — particularly those who are immigrants or from immigrant and/or Muslim families — were scared about what could happen to them following the November 2016 election.

A January survey conducted by the American Psychological Association found that 72 percent of Democrats said they were experiencing significant stress following the 2016 election, versus just over 25 percent of Republicans.

Williams and Medlock drew a link between such rising fears, resentments, depression and stress on the one hand and poorer health outcomes on the other.

Some of the studies in the analysis suggested that those who live in communities where racial prejudice is high face an elevated risk for disease and even death.

Another investigation indicated that post-9/11 harassment and discrimination against Arab-Americans went up in tandem with psychological distress. And a University of Chicago study found that Arab-American women in California faced a rise in their risk for premature birth and/or low birth weight babies in the six months after 9/11.

“So what this suggests is that when those who are traditionally vulnerable — such as minorities and immigrants — are made to feel uncomfortable, under siege or unsafe, it can place their health at risk,” Williams said.

Vulnerable groups may also see their health affected by the fear of losing critical services after an election, the study authors said.

For instance, the review examined the Reagan-era experience, when the new administration made massive cuts to Medicaid, Medicare, food stamp programs and community health center funding. Post-Reagan studies, the researchers said, linked those cuts to a decline in the health of pregnant women, children and adults with chronic disease.

“And though the [Trump administration] budget process and Obamacare debate are still underway, we should keep our eyes on the fact that such cuts could also have similar consequences on population health,” Williams said.

“I have seen firsthand how the election has resulted in increased stress among my patients, trainees, colleagues, friends and family,” Mangurian said.

And she added that she “would not be surprised if we see more mental and physical health problems among our U.S. minority populations and our children as a result of the climate in America during and after the [2016] election.”

Lynn Bufka, associate executive director for practice, research and policy at the American Psychological Association, agreed that the association between stress and poor health is real, and has the potential to “translate into real-world health problems.”

In turn, those problems place an added burden on the shoulders of the nation’s health care providers, she added.

“Health care providers may not always think their individual roles are to address discrimination or change poverty,” Bufka noted. “Yet, the link between these kinds of social situations, stress and poor health outcomes is becoming more evident.”

There’s more on the link between stress and poor health at the American Psychological Association.