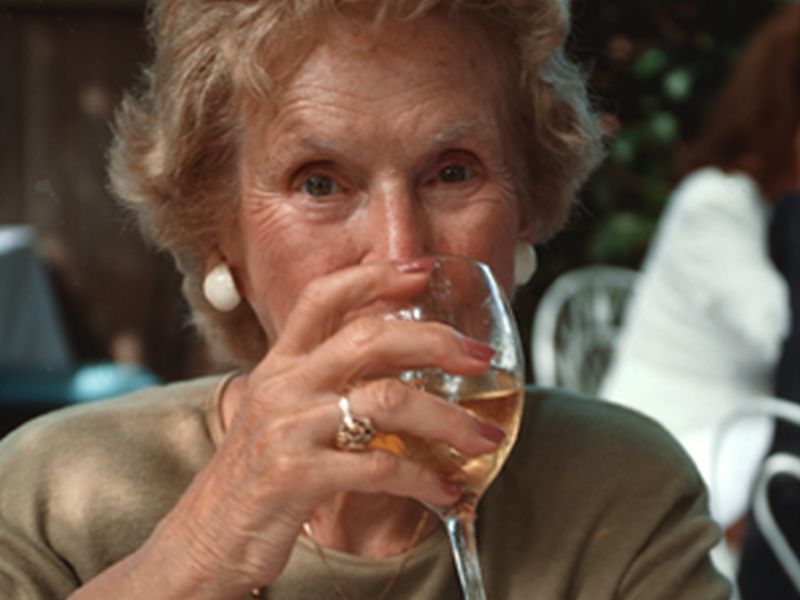 Both aging and menopause can lead to loss of muscle mass and strength, a condition called sarcopenia. Muscle mass loss typically starts in midlife, and progresses at a rate of 6 percent per decade, the researchers said. Usually, only three-quarters of midlife muscle mass remains after the age of 80.

This loss of muscle affects balance, gait and the ability to do daily tasks, the researchers said.

By 2030, the number of people in the world 60 or older is estimated to grow by 56 percent, and older people will number one in six individuals globally, according to the South Korean researchers.

Their study looked at nearly 2,400 postmenopausal women, average age 62. Of those, 8 percent had sarcopenia. Rates of sarcopenia were nearly four times higher among high-risk drinkers than among low-risk drinkers, the study found.

High-risk drinking was defined as frequent and significant alcohol use, along with a lack of control over drinking, blackouts and injuries related to drinking. Women in the high-risk group were more likely to smoke and have higher blood pressure and total cholesterol. They were also significantly younger.

The researchers were from Yonsei University College of Medicine, in Seoul.

“With this study suggesting that more muscle loss leads to sarcopenia and other studies suggesting that even one drink of alcohol may increase the risk of breast cancer, postmenopausal women should limit their alcohol intake,” said JoAnn Pinkerton, executive director of the North American Menopause Society (NAMS).

The study was published online June 7 in Menopause, a NAMS journal.

The International Osteoporosis Foundation has more on sarcopenia.