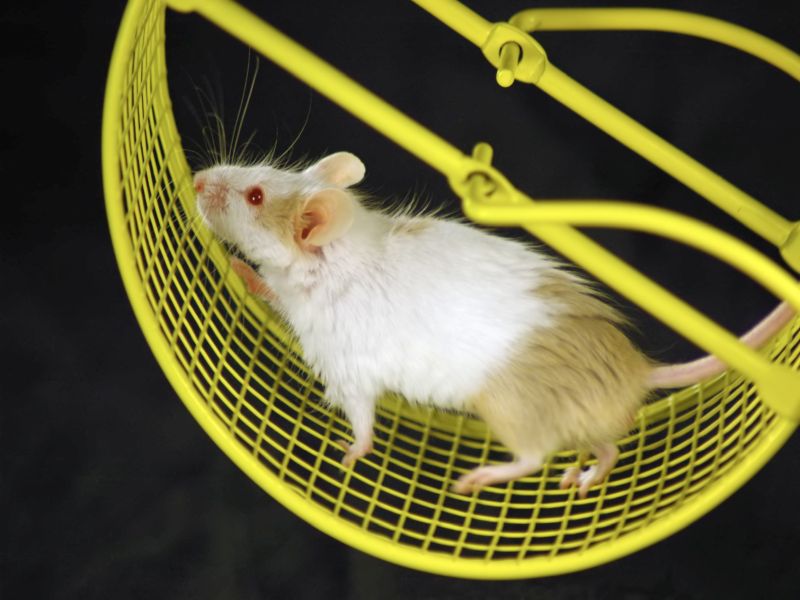 The work with mice also uncovered potentially good news for those struggling with obesity.

Exercise — namely running — prompted shrinkage in the size of fat cells inside the bone marrow of both lean and obese mice. But, only obese mice experienced a significant drop in the amount of fat cells in their bones.

“However, it appears that this is even more so in obese mice that exercise,” said Styner, an assistant professor of endocrinology and metabolism at the University of North Carolina at Chapel Hill.

She added that she and her colleagues were surprised “by how significantly exercise was associated with increased bone quality in both lean and obese mice.”

But, it remains to be seen if the findings will hold up in people, since “research in mice is not directly translatable to the human condition,” the researchers cautioned.

Until now, the researchers said, it was thought that the fat in bone marrow was unlike other types of body fat and didn’t get used up as a source of energy during exercise.

But the new study suggests this might not be true.

At 4 months of age, half of the obese mice and half of the lean mice were provided a running wheel.

Fat cell size also shrank significantly in all the mice who routinely ran.

But while lean mice showed no change in the number of fat cells found in their bones, obese mice who ran lost more than half their fat cells compared with sedentary obese mice.

Running also seemed to favor obese mice when it came to improving the bone thickness.

She said her current focus is on continued animal research. But the research team said such studies might eventually point to ways of preserving and improving bone health in patients with diabetes, arthritis, anorexia and long-term steroid use.

Dr. Robert Recker, past president of the National Osteoporosis Foundation, described the current findings as “interesting.”

“However, rodents’ bones behave differently than human bones,” said Recker, director of the Creighton University School of Medicine’s Osteoporosis Research Center in Omaha, Neb. In the normal course of events, bone growth — also called bone metabolism — unfolds in a very different way in mice than in people, he noted.

Still, Recker added that an effort should be made to explore bone fat dynamics in people. “This needs to be done,” he said.

The study findings were published in the current issue of the Journal of Bone and Mineral Research.

There’s more on bone health at the U.S. National Institutes of Health.