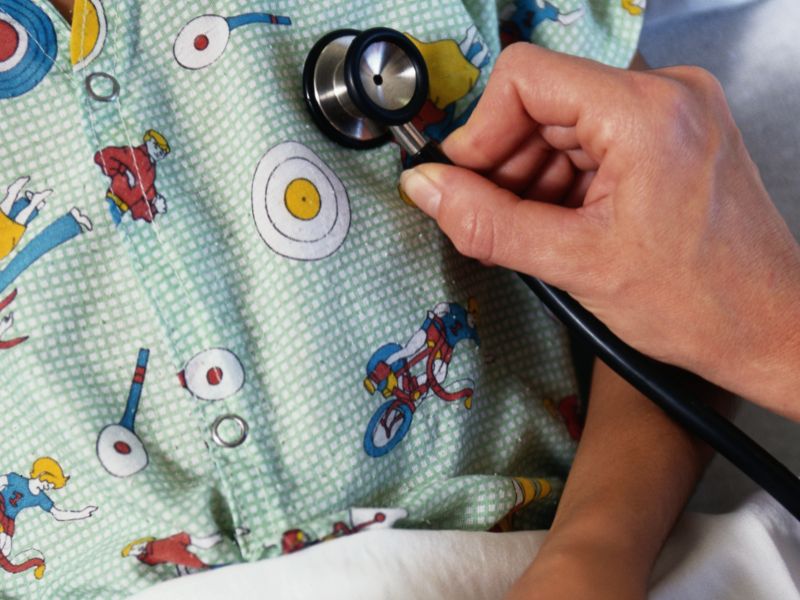 Rates of sudden death from heart failure have declined by nearly half over the past two decades, according to data gathered from a dozen separate clinical trials.

Better heart medications used in effective combinations are extending the lives of people with heart failure, said senior study author Dr. John McMurray, a professor of cardiology with the University of Glasgow in Scotland.

“Patients with heart failure and reduced ejection fraction certainly are living longer, and I think are also living better,” McMurray said. “Modern pharmacological and device therapy is very effective, and we are now fairly commonly seeing patients with substantial or even complete recovery of their heart muscle dysfunction.”

In fact, medicines have become so effective that many low-risk heart failure patients may not need to receive an implantable cardioverter-defibrillator (ICD) to protect their lives, McMurray and his international colleagues argued.

“Our findings add to the recent debate about who should get an ICD given that these are expensive devices, the implantation of which can be associated with complications,” McMurray said. “The majority of patients receiving an ICD never use it. So while everyone agrees that ICDs are a valuable and lifesaving treatment, we haven’t yet worked out who most needs and benefits from an ICD — i.e., how to target ICDs to the highest-risk patients.”

For this study, researchers analyzed data on more than 40,000 heart failure patients enrolled in 12 clinical trials conducted between 1995 and 2014.

Heart failure occurs when the heart grows too weak to pump enough blood to meet the needs of the body. Most heart failure patients develop reduced ejection fraction, a condition in which the lower chambers of the heart (ventricles) do not squeeze hard enough to pump oxygen-rich blood out to the body.

To prevent this, many heart failure patients receive an ICD, the researchers said. These devices monitor heart rhythm and deliver an electrical shock to restore normal rhythm if the heartbeat starts to go awry.

But over the past two decades, many new drugs have become available that are effective at helping a struggling heart beat strongly and in an organized fashion, McMurray said.

The combined data from the clinical trials showed that sudden death rates have fallen by 44 percent in heart failure patients who have not received an ICD.

The research was published July 6 in the New England Journal of Medicine.

“People with heart failure tend to die from failure of the pump but not so much from sudden cardiac death,” Majure said. “It was really nice of them [the researchers behind the new study] to actually document that this is the case.”

The researchers also found that the rate of sudden death was not higher among newly diagnosed heart failure patients.

Current guidelines call for patients to be on medicine for three months before their doctor decides whether they need an ICD. These new findings suggest that doctors may be able to safely wait up to a year before deciding whether to place an ICD, McMurray said.

“Certainly, we shouldn’t rush to implant them, given that a period of effective medical therapy may lead to sufficient improvement in ejection fraction to obviate the need for an ICD,” McMurray said.

However, Fonarow isn’t convinced that heart implants are no longer necessary for many patients.

“Patients receiving all of the current guideline-recommended heart failure medications still have a residual risk of sudden death that can be effectively reduced with ICDs,” said Fonarow, co-director of the UCLA Preventative Cardiology Program at the David Geffen School of Medicine in Los Angeles.

More research will be needed to identify specific types of heart failure patients who could be treated solely with medicines, said Dr. Chris O’Connor, editor-in-chief of the journal JACC: Heart Failure.

The researchers behind the new study might also be premature in saying that doctors have more time to decide whether an implant is needed for individual patients, added O’Connor, CEO of the Inova Heart and Vascular Institute in Falls Church, Va.

He noted that patients in clinical trials receive much more attention than average real-world heart patients, as researchers closely monitor whether they take their medicine and undergo follow-up care.

“In the real world, we just don’t get the patients on all these medicines at the correct doses, so we won’t see this optimal sudden death reduction,” O’Connor said.

For more about heart failure, visit the American Heart Association.