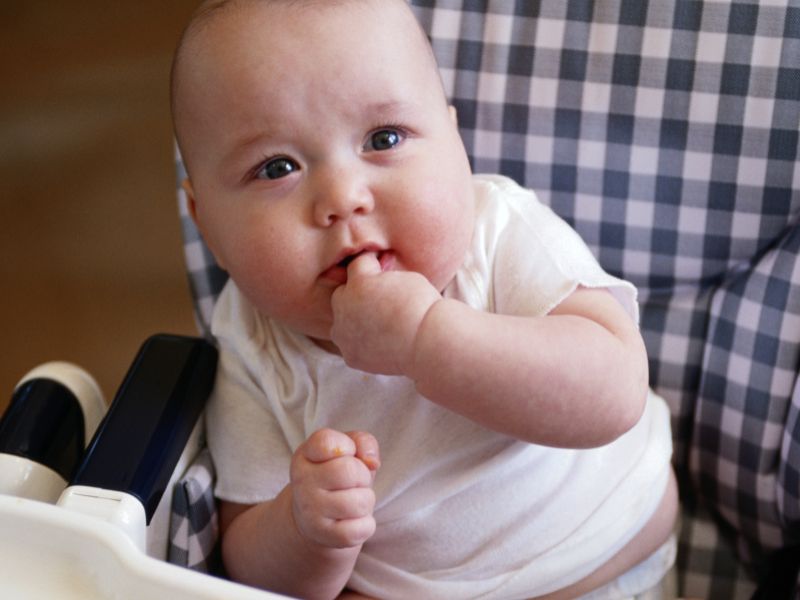 Those chubby baby cheeks that everyone loves to squeeze may signal an increased risk for childhood obesity, a new study suggests.

Researchers looked at more than 10,000 children in the United States and found that those who were more than 10 pounds at birth were 69 percent more likely than average-weight babies to be obese by kindergarten. This risk continued at least until the second grade, when the study ended.

The study could not prove that being a big baby caused obesity in children, however.

The study was published recently in the journal Pediatric Obesity.

“Infants born with higher birth weight appeared to be at risk from a young age,” researcher Sarah Miller said in a hospital news release. “These children may benefit from early attention.”

That could include pediatricians counseling parents on lifestyle habits that can prevent childhood obesity, such as limiting screen time, encouraging physical activity, and avoiding sugary drinks and juice, the researchers suggested.

The researchers noted that nearly 17 percent of U.S. children are obese and another 15 percent are overweight.

The U.S. Centers for Disease Control and Prevention outlines how to help children stay at a healthy weight.