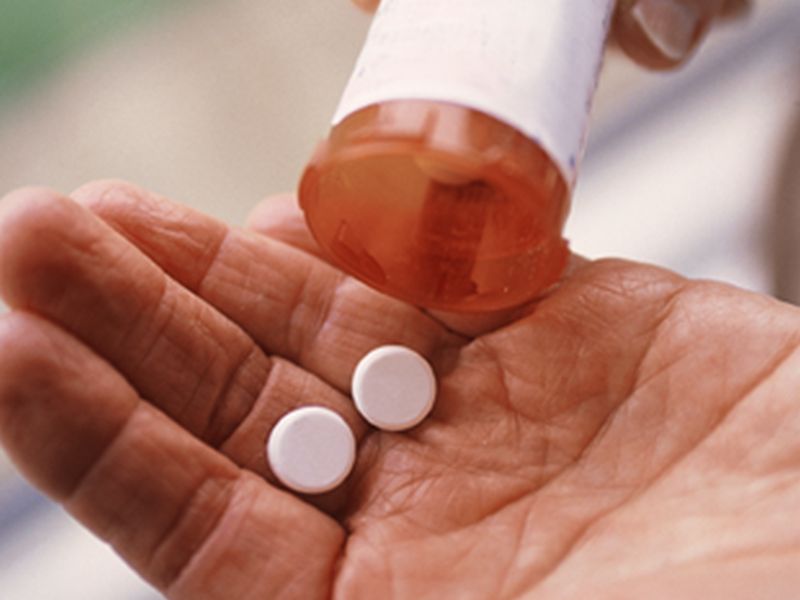 Sometimes less really is more. New research suggests that when it comes to long-term use of opioid painkillers, cutting back on the dose of the drugs might improve pain and function, as well as boost quality of life.

“As many as 10 million Americans use long-term opioid medications to manage chronic pain,” said Dr. Joseph Frank. He’s the lead author of the new study and a primary care physician at Denver’s Veterans Affairs Medical Center.

Opioid medications include oxycodone (Oxycontin, Percocet) and hydrocodone (Vicoprofen), Frank said. These medications may be prescribed long-term for the treatment of different chronic pain conditions, such as arthritis or low back pain.

“Nationwide efforts to reduce opioid prescribing will have a big impact on these people, but little is known about the benefits and risks of reducing long-term opioid therapy. When taken long-term, many people will experience unpleasant withdrawal symptoms if they stop suddenly,” Frank said.

Tamara Haegerich, of the U.S. Centers for Disease Control and Prevention, added that there can be withdrawal symptoms if opioids are reduced or discontinued too quickly for people who have become physically dependent on them. These symptoms can include drug craving, anxiety, insomnia, abdominal pain and tremor.

“Tapering plans may need to be individualized based on patient goals and concerns,” she said.

The research review by Frank and his colleagues included 67 studies on reducing or discontinuing opioid therapy prescribed for chronic pain.

Forty of those studies looked specifically at how people did when their medication dose was lowered. The researchers found improvement in pain severity, function and quality of life.

The researchers said, however, that the quality of the evidence in the studies was very low.

But cutting back is important.

Reducing doses or stopping altogether might lower these risks, Frank noted. But these actions might also lead to other issues, such as illegal substance use or suicide.

Study results suggest that cutting back on opioids should be done gradually, and supported by other non-opioid care.

“In most studies in this review, opioid tapering involved slowly decreasing the dose of the medications over time, while working closely with a team of pain experts and using multiple non-opioid pain treatments,” Frank said.

Non-opioid treatment can include mindfulness meditation and cognitive behavioral therapy, a type of psychotherapy.

Kirane wasn’t involved in the new investigation, but noted that medication-assisted therapies involving agents such as methadone and buprenorphine can also help opioid tapering.

Tapering can be carried out in a variety of ways, according to Kirane. “In its most basic form, a tapering schedule lowers a patient’s daily regimen by 10 percent every five to seven days, until the patient is off the regimen completely, or re-establishes a lower baseline regimen,” he explained.

Beyond overdose and addiction, chronic opioid use can lead to a host of other health problems, including an increased risk of fractures, heart attack and sex problems. Opioids can also negatively affect sleep and mood, Frank said.

“Over the past two decades, opioid prescribing has widely occurred without adequate risk screening, safe prescribing principles, overdose prevention education, guidelines for duration and dosing of treatment, as well as guidance for tapering off opioids,” Kirane said.

“By helping individuals develop healthy skills to cope with pain, the hope is that we also diffuse pressures fueling the opioid epidemic,” he added.

The new report, as well as an editorial co-authored by the CDC’s Haegerich, were published online July 17 in the Annals of Internal Medicine.

More than 2 million people in the United States are addicted to prescription painkillers, and almost 600,000 are hooked on heroin, an illicit opioid, according to recent federal estimates.

The U.S. Centers for Disease Control and Prevention provides information and statistics on the opioid overdose epidemic.