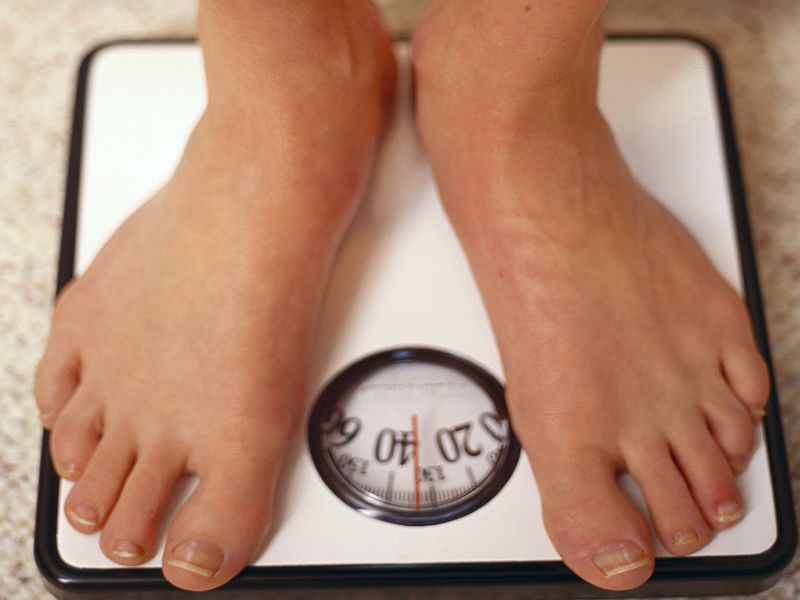 Gaining even a little weight can increase your chances of developing heart failure, a new study finds.

Adding pounds can change the structure of your heart and its ability to pump blood. But losing weight can reverse this potentially deadly process, the researchers said.

“People who gain weight, even as little as 5 percent, are more likely to have thickening of the left side of their heart, which is a well-established indicator of heart failure,” said lead researcher Dr. Ian Neeland.

These people “were also more likely to have decreases in their heart’s pumping ability,” Neeland said. He is an assistant professor of internal medicine at the University of Texas Southwestern Medical Center at Dallas.

People who lose weight actually improve their hearts by decreasing the thickness of the heart muscle, and that probably lowers their risk for heart failure, he added.

Weight gain in the belly, where fat accumulates around the organs, may produce hormones that can harm the heart and cause inflammation, Neeland said.

Weight gain also puts a strain on the heart, causing it to pump harder, which causes the heart muscle to thicken. “Thick hearts can’t compensate for the change and can ultimately fail,” he said.

At the start of the study, more than 1,200 men and women, average age 44, who didn’t have heart disease — or any other condition that put them at high risk for heart disease — had MRI scans of their heart and several body fat measurements. These were done again seven years later.

The investigators found that people who increased their weight by as little as 5 percent were more likely to have thickening and enlargement of the left ventricle (the left lower chamber of the heart), which is an indicator of future heart failure.

In addition, the study participants were more likely to have small decreases in their heart’s pumping ability, Neeland said.

These changes in the heart’s structure and function remained even after the researchers took into account other factors that can affect the heart, including high blood pressure, diabetes, smoking and alcohol use.

People who lost weight, however, were more likely to have a decrease in the thickness of their heart muscle, Neeland said.

The researchers also found that how much someone weighed at the start of the study didn’t have an effect on changes in their heart.

Neeland said that even people of normal weight can damage their heart if they gain weight over time.

Dr. Byron Lee, a professor of medicine and director of the electrophysiology laboratories and clinics at the University of California, San Francisco, said, “Gaining weight is bad for you, period.” Lee was not involved with the new study, but is familiar with the findings.

“In this study, we find out another reason why gaining even a few pounds over time has negative effects on the heart,” Lee said. “Patients need to realize that keeping fit is better than any medication a doctor can give them for their long-term health.”

The report was published online July 19 in the Journal of the American Heart Association.