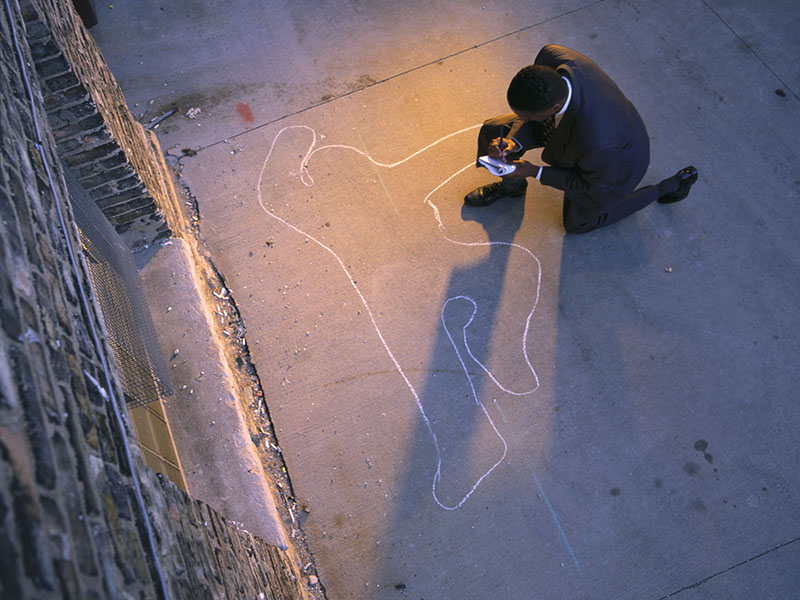 Most women murdered in the United States die at the hands of a current or former intimate partner, a new federal study reports.

In a review of female homicide statistics from 2003 to 2014 in 18 states, the U.S. Centers for Disease Control and Prevention found that domestic violence was involved in about 55 percent of the deaths of 10,018 women.

“This was consistent across all racial and ethnic groups, and really highlights that intimate partner violence is a public health problem,” said lead researcher Dr. Emiko Petrosky. She is a science officer for the CDC’s National Violent Death Reporting System.

According to the CDC, homicide is the fifth leading cause of death for women aged 18 to 44 years. In 2015 in the United States, 3,519 women and girls died by homicide, the authors of the report noted.

In almost one-third of the domestic violence-related homicides, an argument preceded the victim’s death. And more than one in 10 cases involved jealousy or a lovers’ triangle, the statistics showed. Both of these circumstances occurred more commonly among Hispanic victims than white or black victims, the researchers noted.

In about 11 percent of cases, the victim had experienced violence within the previous month.

These circumstances show the importance of trusting one’s instincts when in a relationship, said Ruth Glenn, the executive director of the National Coalition Against Domestic Violence.

Approximately one-third of the victims were between the ages of 18 and 29, and most were black or Hispanic, the investigators found.

Firearms served as the murder weapon in 54 percent of cases. Another 20 percent of the homicide cases involved a sharp instrument, 10 percent involved suffocation or strangulation, and 8 percent a blunt instrument, the CDC researchers reported.

“I firmly believe that guns really cause harm to women in intimate relationships, and we have got to do more about that,” Glenn said. “It’s an unpopular, controversial topic, but that’s why it’s even more critical. We have to make something different happen.”

The CDC has recommended a series of steps to reduce domestic violence, starting with education of young people, Petrosky said.

Petrosky said other strategies promoted by the CDC include:

“They are skilled at ensuring you are safe, and they can direct you to the best resources and referrals,” she explained. Getting help is important, given that “the most lethal time for a domestic violence victim is when they are trying to leave,” Glenn added.

“Always assess your own safety,” she said. “A victim knows better than anyone when it is — or if it is — safe to take that next step.”

The report was published in the July 21 issue of the CDC’s Morbidity and Mortality Weekly Report.

For more on intimate partner violence, visit the U.S. Centers for Disease Control and Prevention.