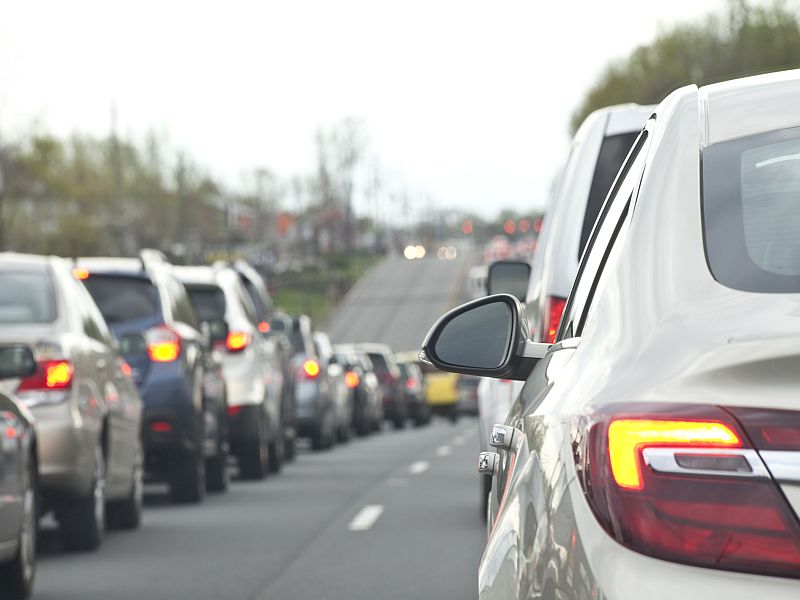 Ever wonder what you’re inhaling as you idle in rush-hour traffic? New research finds air pollution levels in cars are much higher than previously believed.

“We found that people are likely getting a double whammy of exposure in terms of health during rush-hour commutes,” said Michael Bergin, a professor of civil and environmental engineering at Duke University, in Durham, N.C.

He and his colleagues installed sensors inside about 30 cars going to and from downtown Atlanta. Over the 60 commutes, they found that levels of some types of harmful particulate air pollution in the cars were twice as high as levels detected by widely used roadside sensors.

“If these chemicals are as bad for people as many researchers believe, then commuters should seriously be rethinking their driving habits,” Bergin added in a university news release.

The contaminated air particles can include dust, pollen, soot, smoke, and liquid droplets.

Chemical exposure was higher than seen in previous studies that used roadside air monitors, regardless of speed, type of route or whether windows were open or closed, the researchers said.

“There’s still a lot of debate about what types of pollution are cause for the biggest concern and what makes them so dangerous,” Bergin said. “But the bottom line is that driving during rush hour is even worse than we thought.”

The findings were published recently in the journal Atmospheric Environment.