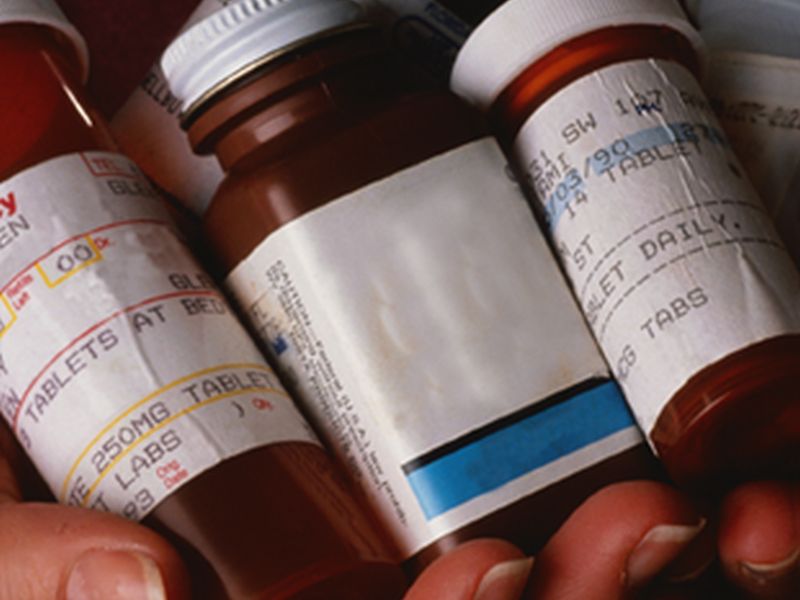 Surgery patients are usually prescribed opioids to ease postoperative pain, but more than two-thirds end up with leftover narcotics and don’t get rid of them, according to a new report.

Moreover, most patients who have the extra opioid pills don’t lock them away, but leave them accessible to possible abuse by others, the researchers said.

“We were surprised to find that the number was as high as it was,” said lead researcher Dr. Mark Bicket. He is an assistant professor of anesthesiology and critical care medicine at Johns Hopkins University School of Medicine in Baltimore.

“It’s likely that we — as physicians who care for patients with pain after surgery — need to do a better job of educating patients about how to take pain medication, how to store that medication and what to do with it once they’re done with the medication,” Bicket added.

Saving unneeded narcotic pain pills for a rainy day when you might be in pain may be adding to the nation’s opioid epidemic, the study authors suggested.

That’s because unused narcotics may end up in the hands of people who misuse or sell them, said Dr. Gary Deutsch. He is a surgical oncologist at Northwell Health Cancer Institute in Lake Success, N.Y. Deutsch was not involved with the new study, but was familiar with the findings.

The 2015 National Survey on Drug Use and Health found that nearly 4 million Americans took opioids (such as Oxycontin or Percocet) for non-medical reasons every month.

More than 2 million people in the United States are addicted to prescription painkillers, according to federal reports.

Opioids do, however, have their place in managing pain after surgery, Bicket said.

For their report, Bicket and his colleagues reviewed six previously published studies that included a total of more than 800 patients who had various types of surgery.

Across the six studies, 67 percent to 92 percent of patients said they had unused narcotic painkiller pills. Moreover, 42 percent to 71 percent of the pills prescribed weren’t taken, according to the patient reports.

Most patients stopped or didn’t use the pills because their pain was under control, and 16 percent to 29 percent said they didn’t take them because of the side effects.

In two studies that looked at how unused painkillers were stored, 73 percent to 77 percent of the participants said their prescription opioids were not kept in locked containers, which is recommended by the U.S. Food and Drug Administration.

Most patients intended to keep their unused pills, and only about 9 percent of the patients said they planned to get rid of their pills using the recommended FDA procedures, Bicket’s team found.

According to the American Academy of Family Physicians, all opioids should be stored in their original packaging inside a locked cabinet, lockbox or a location where others can’t easily get to them.

In addition, many communities have programs to help dispose of unused narcotics, Bicket said. These include take-back programs run by local hospitals or the police.

“Opioids are something to be concerned about given the current opioid crisis,” Bicket said.

Deutsch said, “We need to reflect on our practices. Are we giving too many pills to our patients? Are we not gauging our patients’ pain tolerance appropriately?”

Doctors don’t get training in how to manage narcotic painkillers, he said. “We base it on experience,” he explained.

“I’ve gone to limiting these medications for ambulatory [out-patient] operations, because I find that the vast majority of patients do not require them and can get by with just an over-the-counter medication, such as Tylenol or Advil,” Deutsch said.

The report was published online Aug. 2 in the journal JAMA Surgery.

This type of study, called a meta-analysis, tries to find common themes across several studies. The researchers said the methods used in the studies they reviewed were not of the best quality and the questionnaires completed by patients varied in form, structure, phrasing and timing. Therefore, the authors acknowledge that further study is needed.

For more on how to store and dispose of unused opioids, visit the American Academy of Family Physicians.