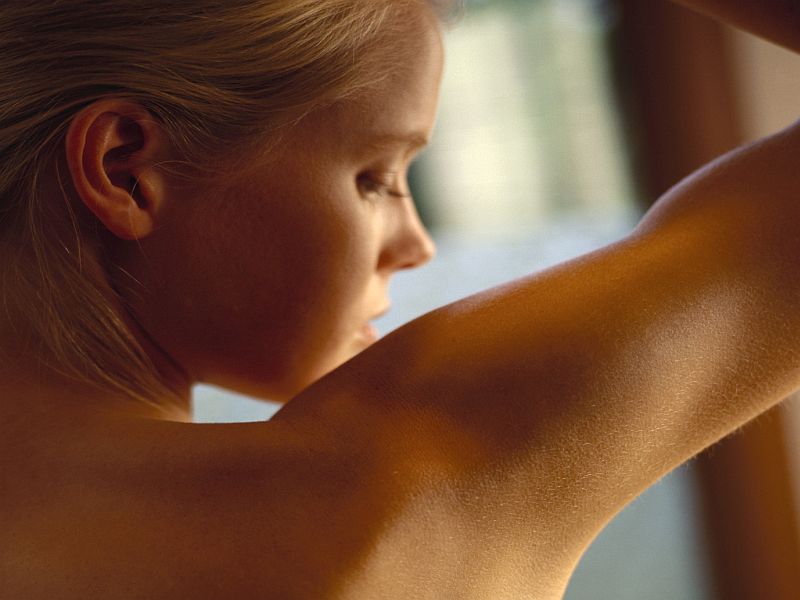 Contrary to what some doctors might say, new research suggests it’s OK to use antiperspirants while undergoing radiation therapy for breast cancer.

The reason for the warning is the fear that antiperspirant use could lead to greater radiation damage to the skin, according to the study authors.

The University of Pennsylvania researchers conducted laboratory tests and found no difference in the radiation dose absorbed — whether or not patients used antiperspirants.

The study was published online recently in the journal Radiotherapy and Oncology.

“Going without antiperspirants entirely for a 3- to 6-week course of radiotherapy can have a negative impact on a patient’s quality of life,” study lead author Dr. Brian Baumann said in a university news release.

“Our study suggests that antiperspirants can be safely used during breast radiotherapy without risking increased skin side effects,” said Baumann, who recently completed his residency in radiation oncology at UPenn. He is now an assistant professor of radiation oncology at Washington University in St. Louis.

“This study shows providers should be more liberal in letting patients use antiperspirants during radiation treatment, which may improve patient quality of life,” he said.

Radiation treatment experts said the study finding should put the matter to rest.

“The important lesson here is that many common sense pieces of advice, or even those with stronger ‘scientific’ reasoning behind them, may not be true in real life,” said Dr. Phillip Vigneri. He chairs the department of radiation medicine at Staten Island University Hospital in New York City.

Dr. John Del Rowe is a radiation oncologist at Lenox Hill Hospital in New York City. He said, “I think it is reasonable to allow the patient to continue with antiperspirants of their choice, and for us to monitor them for a reaction during treatment. This will improve their quality of life.”