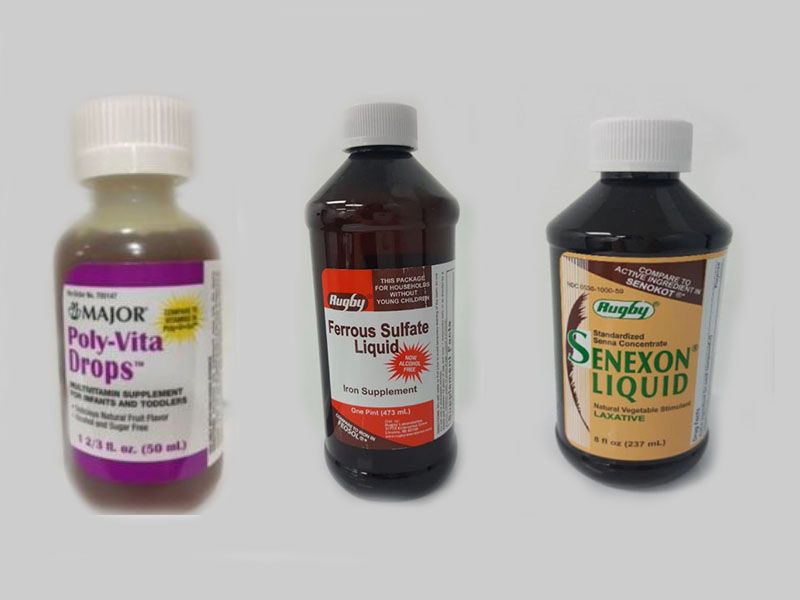 The U.S. Food and Drug Administration has announced a recall of numerous liquid pharmaceutical products because of possible bacterial contamination that could cause severe infections in vulnerable patients.

The drugs and dietary supplements, made by PharmaTech LLC in Davie, Fla., include liquid stool softeners, liquid vitamin D drops and liquid multivitamins marketed for infants and children, the agency said in a news release.

Reports of the discovery of Burkholderia cepacia bacteria in both Diocto Liquid and Diocto Syrup prompted the voluntary recall by three companies that label PharmaTech products, the FDA said. The three companies are Rugby Laboratories, Major Pharmaceuticals and Leader Brands.

“B. cepacia poses a serious threat to vulnerable patients, including infants and young children who still have developing immune systems,” FDA Commissioner Dr. Scott Gottlieb said in a statement.

“These products were distributed nationwide to retailers, health care facilities, pharmacies and sold online — making it important that parents, patients and health care providers be made aware of the potential risk and immediately stop using these products,” Gottlieb added.

The bacteria pose the greatest danger to hospitalized patients, critically ill patients and people with health problems such as weakened immune systems and chronic lung diseases, according to the U.S. Centers for Disease Control and Prevention.

Signs of infection can range from no symptoms at all to serious respiratory infections, the CDC said. The bacteria can spread from person to person by direct contact and is often resistant to common antibiotics.

The FDA advises patients and physicians to stop using these products immediately. Consumers with questions can contact Rugby Laboratories/Major Pharmaceuticals at 800-645-2158, or Leader at 800-200-6313.

Here is the FDA’s complete list of the recalled products.