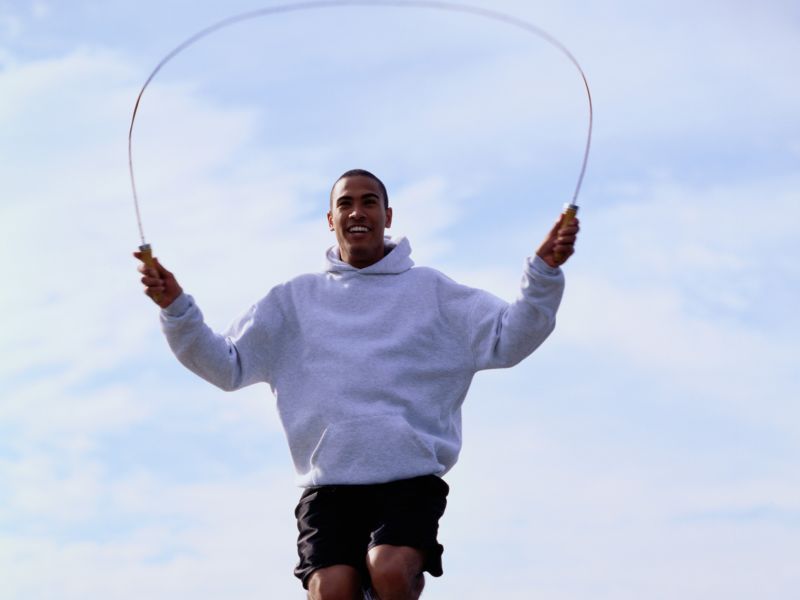 Wealthier Americans are more likely than others to be sedentary for much of the week and then turn into active “weekend warriors” on Saturdays and Sundays, researchers report.

Only about one in 20 U.S. adults (5 percent) currently meet the recommended exercise guidelines. The recommendations are to get at least 150 minutes of moderate exercise a week. The U.S. government suggests getting this exercise by doing about 30 minutes a day, most days of the week.

But that’s not the only way to get your exercise during the week.

“To meet [physical activity] guidelines, one can engage in 150 minutes of weekly moderate intensity activity over a two- or three-day period rather than seven days, for example,” said study co-author Kerem Shuval. He is director of physical activity and nutrition research with the American Cancer Society.

“This can be achieved over a long weekend, a message we may want to convey to those pressed for time,” he said in a society news release.

“It is important to remember, however, that we should increase the duration and intensity of activity gradually to avoid injury. Also, if inactive, consult with a physician before embarking on an exercise program,” Shuval said.

For the study, the researchers used activity monitors to track the movements of more than 5,200 American adults. The study was done from 2003 to 2006.

People who made more than $75,000 a year typically spent almost 5 extra minutes a day on moderate-to-heavy physical activity compared to those making less than $20,000 per year, the findings showed.

But wealthier people spent about 9 fewer minutes a day on light-intensity activity. Plus, they spent nearly 12 more minutes a day sitting still, the researchers said.

The study was published online Aug. 10 in the journal Preventive Medicine.

The U.S. Centers for Disease Control and Prevention has more about physical activity.