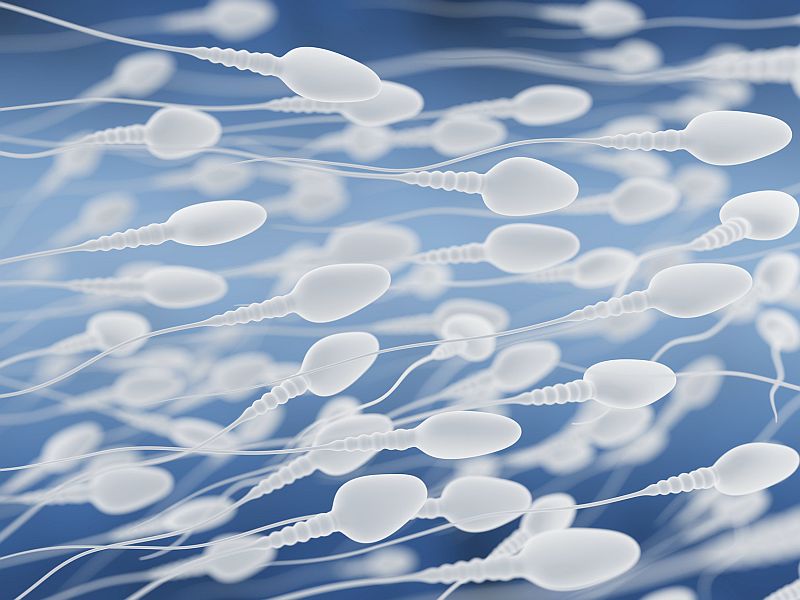 Zika virus might not remain in the semen of some infected men as long as previously thought, a small study suggests.

The researchers said Zika may only be present in semen for about a month. Previous research had suggested that Zika virus can be found in semen for as long as 188 days after the onset of symptoms.

“These data suggest that not all men who are symptomatically infected with Zika virus will have Zika virus RNA detectable in semen,” Dr. Franck de Laval, of the Military Center for Epidemiology and Public Health in Marseille, France, and colleagues wrote.

The results also showed that Zika does replicate in the testicles or semen-producing glands, since the amount of Zika in semen was significantly different than the Zika load found in the men’s blood.

Zika virus is most often transmitted via mosquito bite. But the virus also can be sexually transmitted, according to the U.S. Centers for Disease Control and Prevention.

The CDC recommends that men potentially exposed to Zika use condoms or abstain from sex for at least six months, to prevent a Zika-infected pregnancy resulting in neurological birth defects.

It’s unlikely the CDC recommendations will change based on these findings, an infectious disease expert said.

Dr. Daniel Caplivski is director of the Travel Medicine Program and associate professor for the division of infectious diseases at the Icahn School of Medicine at Mount Sinai in New York City.

“Unfortunately, the fundamental recommendations of public health experts regarding delaying pregnancy after Zika virus infection or exposure are unlikely to change, given the degree of uncertainty that remains from other studies in which the genetic material of the virus was detectable for longer periods of time,” Caplivski said.

And despite these findings, people should still follow the CDC’s Zika guidelines for safe sex, health experts said.

According to Dr. Amesh Adalja, a senior associate with the Johns Hopkins Center for Health Security, in Baltimore, “Because it is unclear which men will have longer persistence, it is important for Zika-infected/exposed men to practice safe sexual practices for six months post-infection to avoid transmission of the virus.”

“The good news is it may last a shorter period in men than recorded previously, but we need to have a larger sample size and follow people for a longer period of time,” Rabin said.

Zika causes neurological birth defects, most commonly microcephaly, a condition in which a baby’s brain and skull are underdeveloped, Rabin said. She’s co-chief of the division of ambulatory care with Women’s Health Programs-PCAP Services at Northwell Health in New Hyde Park, N.Y.

The study was published as a letter in the Aug. 17 issue of the New England Journal of Medicine.

For more on sexual transmission of Zika, visit the U.S. Centers for Disease Control and Prevention.