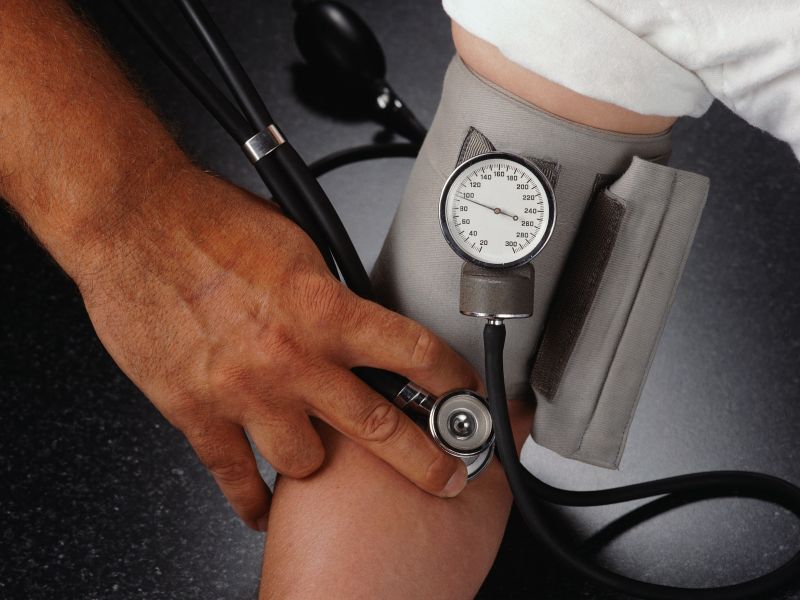 For people at increased risk of heart disease, intensive blood pressure control may be just as safe as standard treatment, a new study finds.

Intensive control meant using medication to get patients’ systolic pressure — the top number — below 120 mm Hg. That was a big change from standard treatment, where the aim is to get below 140 mm Hg, or in some cases 150.

Driving down blood pressure to lower levels had major benefits for people at increased risk of heart attack. That included people age 75 and older, and patients with existing heart disease or multiple risk factors for it such as smoking and high cholesterol.

Overall, the aggressive approach cut the risk of heart attack and other cardiovascular complications by almost one-third, versus standard treatment.

But there are still concerns about the potential hazards, said Dr. Dan Berlowitz, the lead researcher on the new study.

Patients typically need several medications to get their blood pressure to normal levels, which boosts the odds of side effects such as dizziness and fatigue.

Plus, there is a worry that lower blood pressure itself could reduce blood flow to the brain and cause symptoms such as confusion and depression — especially in elderly patients who are frail or have memory problems.

So his team dug deeper into that question, using information collected from more than 9,600 patients during the SPRINT trial.

At the start of the study and then yearly, patients completed standard surveys on day-to-day well-being. They rated their physical and mental health, satisfaction with their care, and ability to stick with their medication.

On average, the researchers found, patients on aggressive treatment fared as well as those on standard care.

That was true even among elderly, frail patients.

“This shows that with careful medical management, there was no higher risk of unpleasant effects,” Berlowitz said.

Dr. Andrew Freeman is co-chair of the nutrition and lifestyle work group for the American College of Cardiology. He agreed that the findings are reassuring.

“It’s nice to have a study that shows the patient’s perspective,” said Freeman, who was not involved in the research.

Still, he pointed to some caveats. For one, patients were not surveyed soon after starting treatment, which is when many “may not feel great,” Freeman said.

In his practice, Freeman said he typically tells patients they may not “feel like themselves” for a few days or so after starting a tighter blood pressure regimen. But that should pass quickly, he noted.

He also stressed another point: This study can only report how patients felt on average. That does not mean everyone will do well.

“You have to look at the individual in front of you,” Freeman said. “Is this someone who is already on a lot of medications? Are they prone to falls?”

Those things might not preclude more-aggressive treatment. But, Freeman said, a doctor might need to monitor those patients more closely.

The study results appear in the Aug. 24 issue of the New England Journal of Medicine.

A second study in the same journal issue looked at cost.

Researchers used a mathematical model to estimate the costs of additional blood pressure medication, extra doctor visits, and treatment for any adverse effects of aggressive blood pressure control. They weighed that against the potential savings from averting heart attacks, strokes and heart failure.

This study found that aggressive treatment cost well below $50,000 for every “quality-adjusted life year” gained — which, in health care economics, is considered a good bargain for society.

But ultimately, he and Berlowitz said, the decision comes down to individual patients and their doctors.

They also stressed that medication is only one part of the picture. A healthy diet and moderate exercise — such as walking 30 minutes a day — are key, too.

“Regular exercise is one of the most potent ways to lower high blood pressure,” Freeman said.