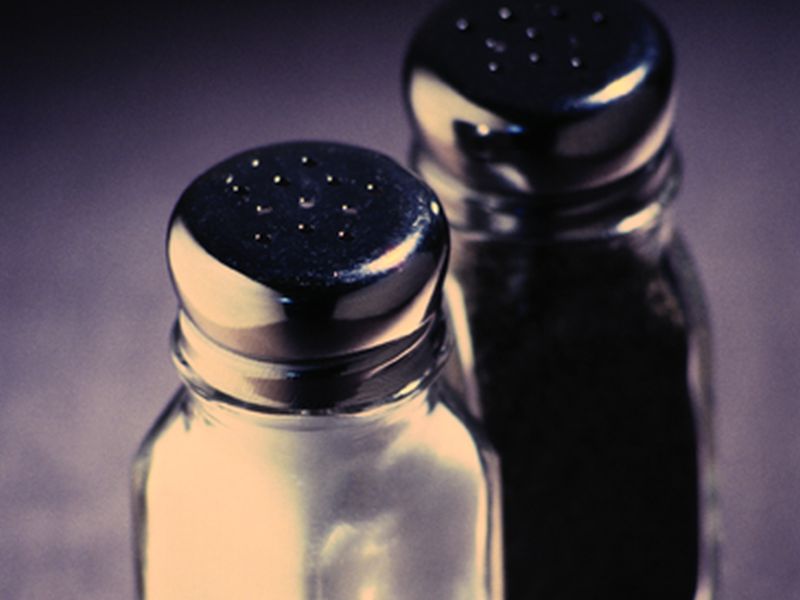 A high-salt diet significantly increases the risk for heart failure.

That’s the conclusion of Finnish researchers who found that people who consume more than 13,700 milligrams of salt a day — about 2.5 teaspoons — had double the risk for heart failure than low-salt consumers.

“The heart does not like salt,” said Jousilahti, a research professor at the National Institute for Health and Welfare in Helsinki.

“High salt intake markedly increases the risk of heart failure,” he added in a news release from the European Society of Cardiology.

In addition to coronary heart disease and stroke, heart failure is a major cardiovascular disease globally, but the role of high salt intake in its development is unknown, Jousilahti said.

Heart failure occurs when the heart muscle can no longer pump blood efficiently. People with the condition often complain of fatigue, shortness of breath and limited ability to complete everyday tasks. And about half of those who develop heart failure die within five years of diagnosis, the U.S. Centers for Disease Control and Prevention says.

To investigate the link between salt intake and heart failure, the researchers conducted a 12-year follow-up study of more than 4,600 people who participated in two large Finnish studies between 1979 and 2002. Participants ranged in age from 25 to 64 when the initial study began.

Over the 12 years, 121 men and women developed heart failure. The researchers found that consuming more than 6,800 milligrams of salt — about 1.2 teaspoons — each day is linked to heart failure, regardless of blood pressure.

Risk of heart failure increased along with salt intake, with the highest intake doubling the risk. “The optimal daily salt intake is probably even lower than [6,800 milligrams],” Jousilahti said.

However, the study only found an association, not a direct cause-and-effect relationship, between salt consumption and heart failure.

One teaspoon of salt is 2,300 milligrams (mg) of sodium, says the American Heart Association.

The average American gets about 3,400 mg of sodium a day, most of it from processed and prepared foods, according to the heart association.

The World Health Organization currently recommends that adults get no more than 2,000 mg of sodium each day.

The study’s findings were expected to be presented on Sunday at the annual meeting of the ESC, in Barcelona, Spain. Studies presented at meetings are usually considered preliminary until published in a peer-reviewed medical journal.