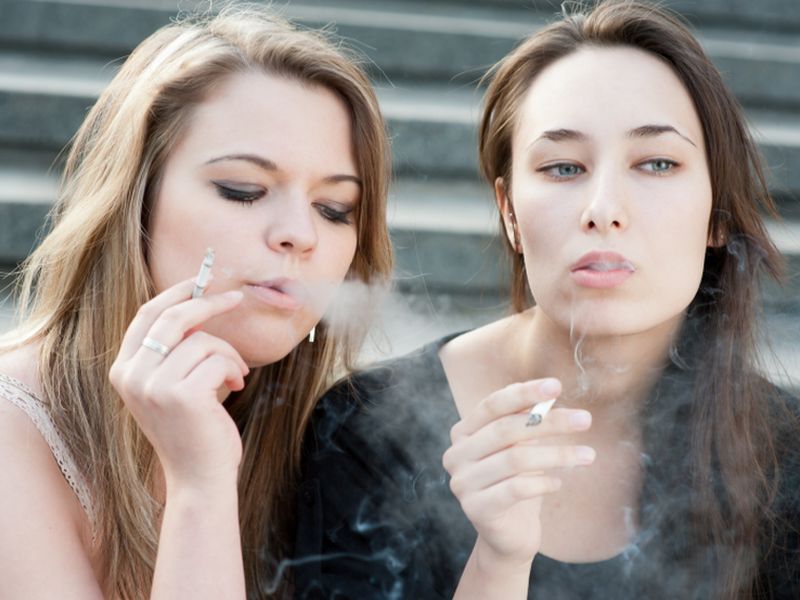 A group of America’s leading health organizations is demanding that any movie that depicts smoking or tobacco use come with an “R” rating.

The demand is in response to a recent report by the U.S. Centers for Disease Control and Prevention that found there has been no progress in reducing the number of tobacco scenes in youth-rated movies. In 2012, the U.S. Surgeon General established a cause-and-effect link between smoking in movies and the likelihood kids would pick up the deadly habit.

“As physicians and advocates, we are speaking with a unified voice: Filmmakers must stop enabling the tobacco industry to target our children,” Dr. Fernando Stein, president of the American Academy of Pediatrics, said in a statement released Tuesday.

“The evidence is clear that when children see movie characters smoking, they are more likely to smoke,” Stein added. “Ninety percent of smokers start smoking in their teen years, and many of them will battle a tobacco addiction that will eventually kill them. By rating movies appropriately, filmmakers can help protect the next generation from tobacco-related disease and death.”

According to the CDC, movies with scenes of smoking will entice more than 6 million U.S. children to smoke — and 2 million of them will die prematurely from tobacco-related cancer, heart disease, lung disease or stroke.

“By voluntarily implementing policies that require R ratings for smoking, the film industry can avert 1 million tobacco deaths among today’s children, according to estimates from the CDC,” the coalition of health groups said in the statement.

The coalition, which includes 17 public health and medical groups, sent a letter Aug. 25 to film industry leaders in response to the CDC report. The report stated that progress in eliminating smoking in movies labeled PG-13 slowed dramatically after 2010.

The letter demands that the film industry meet a June 1, 2018, deadline to stop depicting smoking in movies rated acceptable for children.

An R-rated movie requires children under 17 to be accompanied by a parent or adult guardian.

Tobacco use remains the leading cause of preventable death in the United States, and it’s to blame for nearly 500,000 deaths a year.

“Cigarette smoking is the leading cause of cancer mortality, responsible for approximately 30 percent of all cancer deaths in America,” said Gary Reedy, chief executive officer of the American Cancer Society. “Most smokers are enticed into nicotine addiction as children, and the American film industry must take assertive action now to ensure that our kids are not lured into using this uniquely lethal product by depictions of smoking in major motion pictures.”

The revised R rating guidelines spelled out in the letter would apply to all movies with smoking except those that “exclusively portray actual people who used tobacco [as in documentaries or biographical dramas] or that depict the serious health consequences of tobacco use,” the coalition said.

Here is the coalition’s letter.