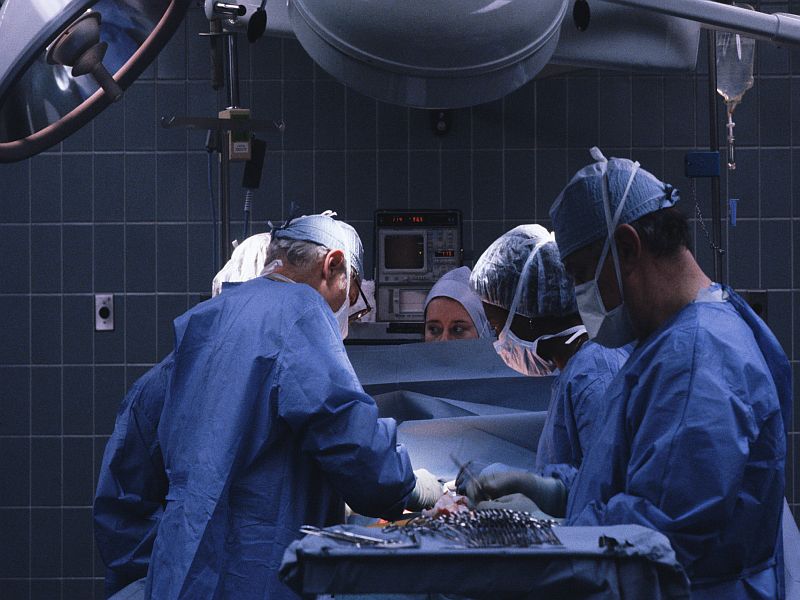 A new “cancer pen” promises to help surgeons immediately detect and completely remove cancerous tumor tissue, without having to send samples off to a lab for testing while the patient languishes on the table.

The MasSpec Pen is a hand-held device that allows doctors to test in real-time whether tissue is cancerous or not, delivering results in about 10 seconds, researchers report.

The pen will make it easier to surgically clear out all the cancer cells surrounding a tumor, explained senior researcher Livia Eberlin, an assistant professor of chemistry with the University of Texas at Austin.

In particular, cancers such as those of the breast, pancreas and brain “tend to invade surrounding normal tissue,” Eberlin said. “For a surgeon, it can be really tricky, because these cells resemble normal tissue. Just judging by [the] eye, it can be very challenging.”

The pen’s accuracy currently stands at more than 96 percent, based on tests that used tissues removed from 253 cancer patients.

Cancer surgeons these days send tissue samples off to an in-hospital pathology lab during the operation to see if they have removed all the tumor, Lin said.

But the process can take as long as a half hour, during which time the patient remains on the table and under anesthesia. By comparison, the MasSpec Pen delivers results within a handful of heartbeats.

The device’s potential accuracy is as valuable as its easy use, said Dr. Gary Deutsch, a surgical oncologist with Northwell Health Cancer Institute in Lake Success, N.Y.

Most surgeons have had the misfortune of finding out that tissues initially judged cancer-free by pathologists during an operation were later ruled positive for cancer during follow-up analysis, Deutsch said.

“Unfortunately, this leads to the possibility of additional surgery and/or additional treatments,” Deutsch said. “Having a powerful technology at our fingertips in the operating room would be practice-changing.”

The single-use pen connects by a thin tube to a mass spectrometer, a scientific device that analyzes the chemical and mass composition of molecules.

Surgeons hold the tip of the pen against the patient’s tissue, where it quickly releases and then recaptures a tiny drop of water, Eberlin said.

“The droplet rests on the tissue for about three seconds,” Eberlin said. During that time, the water drop soaks up molecules from the tissue.

“Most of our molecules are water-soluble,” Eberlin said. “You can get them into the water droplet in a very gentle and simple way, and then send that to the mass spectrometer.”

The droplet is transported into the mass spectrometer through the thin tube, where it is analyzed to determine whether the molecules it contains appear normal or cancerous, Lin said.

“Cancer tissues and normal tissues have very different molecular profiles that we use to diagnose disease,” Eberlin said.

When analysis is completed, the words “Normal” or “Cancer” appear on a computer screen.

The device can even determine different types and even subtypes of cancer, since each cancer produces a unique set of biomarkers that act as its molecular “fingerprints,” the researchers added.

The research team currently is tweaking the design of the tool to further improve it, Eberlin said.

They hope to start testing the device in surgical procedures early next year, but it likely will be several years before the pen would be available on the market, Eberlin said.

Deutsch said he’s looking forward to the pen being tested on cancers that tend to be more invasive and trickier to remove.

“The ability to more accurately evaluate the margins in stomach, bile duct, pancreatic and colon cancers could be even more impactful, as the margins in these tumors are notoriously difficult to confirm,” Deutsch said.

He also hopes future studies will examine whether cancer treatments like radiation therapy or chemotherapy could throw off the results from the mass spectrometer.

“As a surgeon who battles the unpredictability of margin assessment on a weekly basis, I believe the MasSpec Pen has great potential to revolutionize the field of surgical oncology, and I am anxious to see what it can do in clinical practice,” Deutsch said.

The study was published Sept. 6 in the journal Science Translational Medicine.