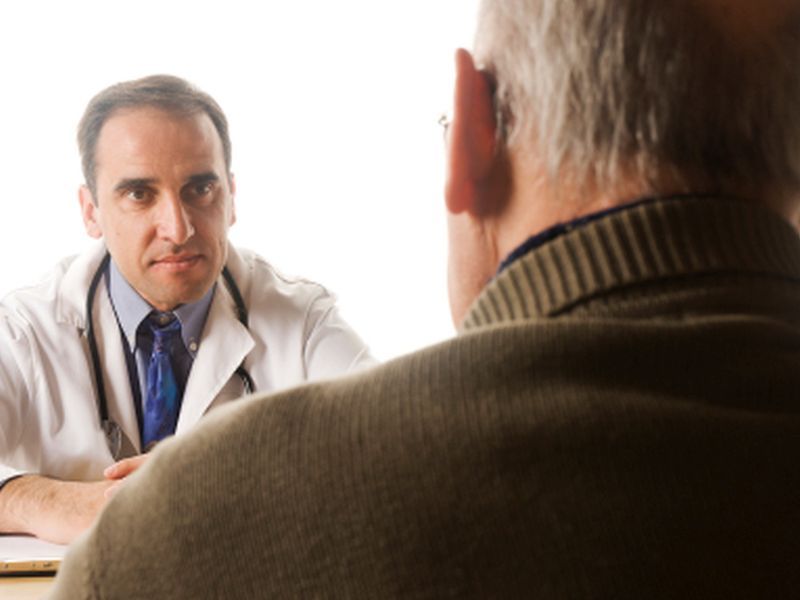 A few years ago, Dr. Joseph Shrager, a professor of cardiothoracic surgery at Stanford University School of Medicine, noticed that lung cancer diagnoses were noticeably higher at age 65 than at slightly older or younger ages.

“There was no reason rates should differ much between the ages of 63 and 65,” Shrager said.

He discussed this with his colleagues, who said they were seeing something similar.

“We decided to explore this, and its broader implications, in a larger population,” Shrager said in a Stanford news release.

What did they find in their study? A sudden jump in cancer cases among Americans at age 65 may be due to the fact that many older adults delay care until they have Medicare coverage.

To arrive at this conclusion, the team analyzed data from hundreds of thousands of patients across the United States who were between the ages of 61 and 69 when they were diagnosed with lung, breast, colon or prostate cancer from 2004 to 2016.

The researchers found that there was a greater increase in diagnoses of those cancers at the transition from 64 to 65 than at all other age transitions.

Lung cancer diagnoses consistently increased 3%-4% each year among people ages 61-64, but the percentage doubled at 65.

The increase was even greater with colon cancer. Diagnoses increased 1%-2% annually in the years before Medicare eligibility, then jumped to nearly 15% at age 65.

In the years after age 65, diagnosis rates declined for all the cancers, according to the study published March 29 in the journal Cancer.

“Collectively, these results demonstrate that Medicare eligibility, an event coincident with becoming 65 years old, is associated with a rise in early-stage cancer diagnoses and a resulting survival benefit,” the researchers wrote.

“Essentially we showed there is a big jump in cancer diagnoses as people turn 65 and are thus Medicare-eligible,” said Shrager, the study’s senior author. “This suggests that many people are delaying their care for financial reasons until they get health insurance through Medicare.”

The researchers noted that people aged 61-64 “often lack insurance as a result of early retirement, preexisting conditions hindering renewal, the high cost of private insurance and other causes.”

Between 13% and 25% of adults in this age group are uninsured or have a gap in medical coverage at some point before they are eligible for Medicare.

“If you don’t get the right screening or prompt diagnosis you are going to have lower cure rates,” Shrager said. “This study underlines the important difference that some sort of Medicare expansion could make.”

The American Society of Clinical Oncology has more on older adults and cancer.