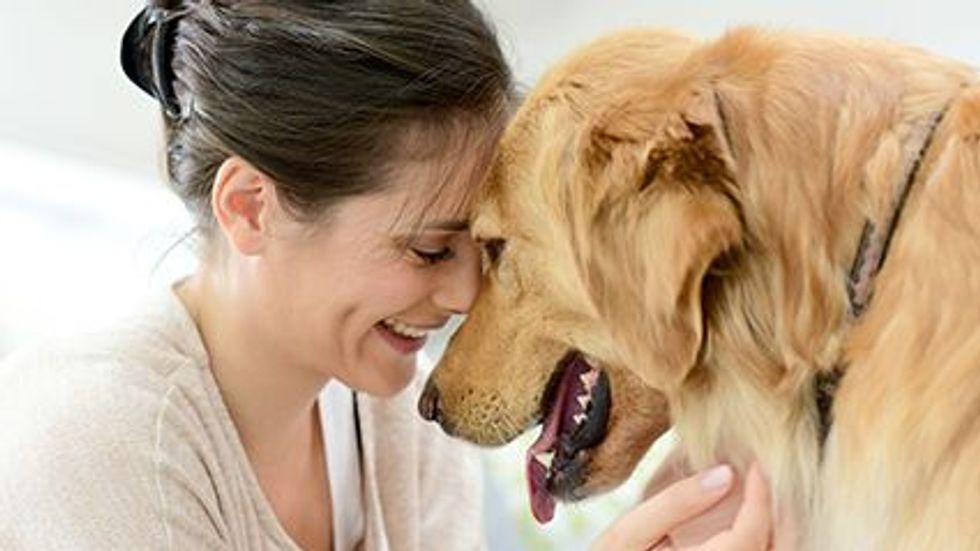 Yes, you read that correctly.

While many dogs are adept at following basic instructions such as “sit” and “roll over” with some practice and the promise of a treat, new research shows dogs can detect seizures by scent up to an hour before they occur, potentially saving their human’s life.

An estimated 3.4 million Americans have epilepsy, a neurological disorder marked by unpredictable seizures, according to the Epilepsy Foundation.

“People who have difficult seizures and who are terrified of taking a bath or going out alone in public, can take hope,” said study author Neil Powell, a visiting scholar in biology at Queen’s University Belfast in Northern Ireland.

“We now have discovered a reliable way to train a seizure alert dog that will give them up to one hour’s warning of an impending seizure,” he said.

Anecdotal reports have suggested dogs have this innate ability, but the new study shows that canines’ keen sense of smell allows them to pick up on odors that tend to precede a seizure.

The researchers put 19 pet dogs of various breeds, ages and genders to the test. No dog had experience with epilepsy. The animals were exposed to seizure-associated odors in sweat taken from people with epilepsy as well as a “control” scent. Researchers exposed the dogs to these scents and watched their responses.

All 19 dogs demonstrated behavior changes when they smelled seizure-associated odors.

“Some dogs even ran back and forth from other family members to tell them the person was about to have a seizure and all without any previous training,” Powell said.

Training a dog to alert someone on an impending seizure is not difficult and could be done in six to eight weeks, using this simple scent-imprinting approach, Powell said.

“People with difficult-to-manage epilepsy should be entitled to a trained seizure alert dog, which would reduce risk of injury or sudden death, restore a person’s independence and self-worth, [and] help reduce social stigma, which is widely associated with epilepsy,” he said.

“Our continuing research may eventually lead to the discovery of an electronic device which would be sensitive to a surge in the biomarker we believe precedes seizures,” he said.

The findings were recently published in the journal MDPI Animals.

Dr. Edward Maa is chief of the Comprehensive Epilepsy Program at Denver Health in Colorado, and reviewed the findings. The new study “adds to the building literature that the dogs are actually keying in on a scent,” he said.

Learn more about seizure dogs at the Epilepsy Foundation.