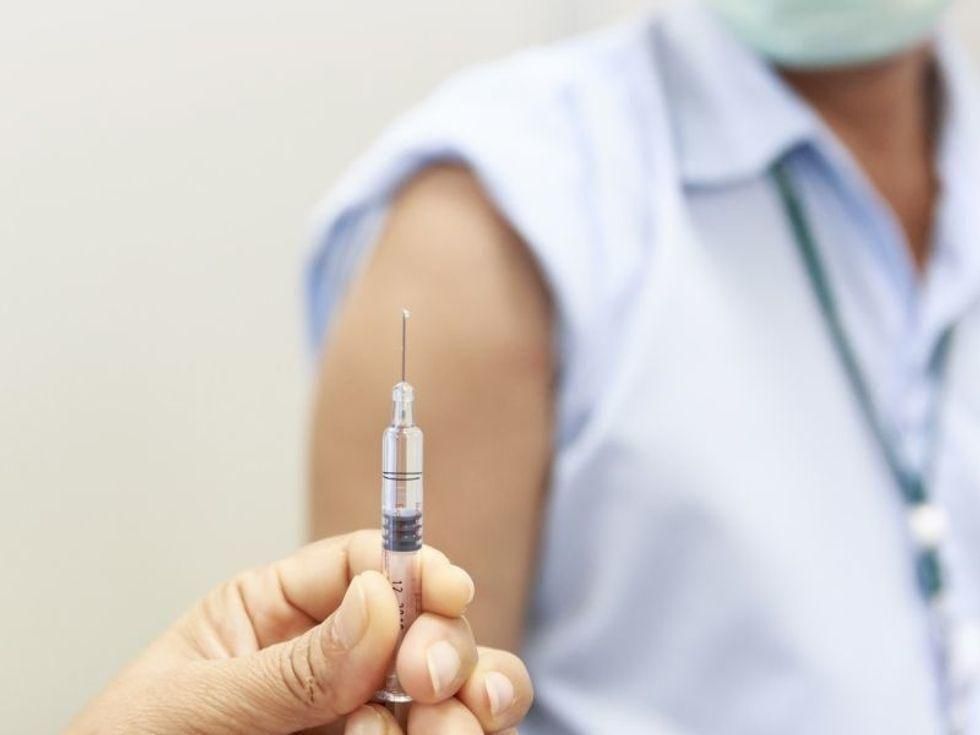 The U.S. Food and Drug Administration on Wednesday approved Pfizer booster shots for people over 65 and for those at high risk of severe COVID-19.

Under the emergency use authorization, the booster shots should be given at least six months after a person is fully vaccinated.

Wednesday’s move is likely the beginning of a staggered campaign to deliver booster shots to all Americans, starting with the most vulnerable.

“After considering the totality of the available scientific evidence and the deliberations of our advisory committee of independent, external experts, the FDA amended the EUA [emergency use authorization] for the Pfizer-BioNTech COVID-19 vaccine to allow for a booster dose in certain populations, such as health care workers, teachers and day care staff, grocery workers and those in homeless shelters or prisons, among others,” Woodcock added.

Still, exactly who qualifies as high risk because of health or work reasons isn’t crystal clear yet. That is expected to be clarified by an advisory panel to the U.S. Centers for Disease Control and Prevention, which is in the midst of a two-day meeting on the issue, The New York Times reported.

The final recommendation from the CDC advisory panel, expected Thursday, will likely be quickly endorsed by CDC Director Rochelle Walensky, the Washington Post reported, and the shots could be available as soon as this week at pharmacies and some doctor’s offices.

The challenge for the CDC panel “is to make a recommendation that is appropriate from the public health perspective and easy to communicate,” William Schaffner, an infectious disease professor at Vanderbilt University School of Medicine, in Nashville, Tenn., and a liaison member of the panel, told the Post.

Those at higher risk of COVID-19 complications because of health reasons may include as many as 60% of Americans, who have obesity and other chronic medical conditions, the Times reported.

About 22 million Americans received their second doses about six months ago, and half of them are now eligible by age, the Times reported.

Limited data from Israel and the United States shows there were fewer side effects after a third dose of mRNA vaccines compared with the second dose, according to a presentation made to the CDC panel on Wednesday, the Post reported.

However, some of those who are 65 or older had one of the two other vaccines, made by Moderna and Johnson & Johnson. They will need to wait to learn whether their vaccines will also have boosters, with decisions expected in the coming weeks, the Times reported.

Meanwhile, limiting action to the Pfizer vaccine poses challenges for health workers, issues that surfaced repeatedly during the CDC vaccine advisory committee meeting on Wednesday, the Post reported. For example, nursing home residents and employees have received both Pfizer and Moderna shots.

“In North Dakota, the vast majority [of long-term-care facilities] had a mixture of people that needed both Moderna and Pfizer,” Molly Howell, director of North Dakota’s immunization program and a liaison member to the CDC panel, told the Post. “I don’t know that it’s realistic to keep going back with different brands.”

Even if the CDC panel takes a different stance than the FDA did on the need for boosters, health care providers are now authorized to offer these third shots to eligible people who received the Pfizer vaccine, the Times reported.

The authorization follows weeks of debate inside the FDA, where some regulators challenged the need for boosters for the general population. Public health experts and state officials have criticized what they called confusing public messages. Among those messages was one from the White House last month, in which President Joe Biden announced boosters for all American adults eight months after their second doses, pending regulatory approval.

The United States now joins Germany, France, Israel and Britain in offering boosters that some say should go instead to poorer countries that still need first and second doses, the Times reported.

The U.S. Centers for Disease Control and Prevention has more on COVID-19 vaccines.