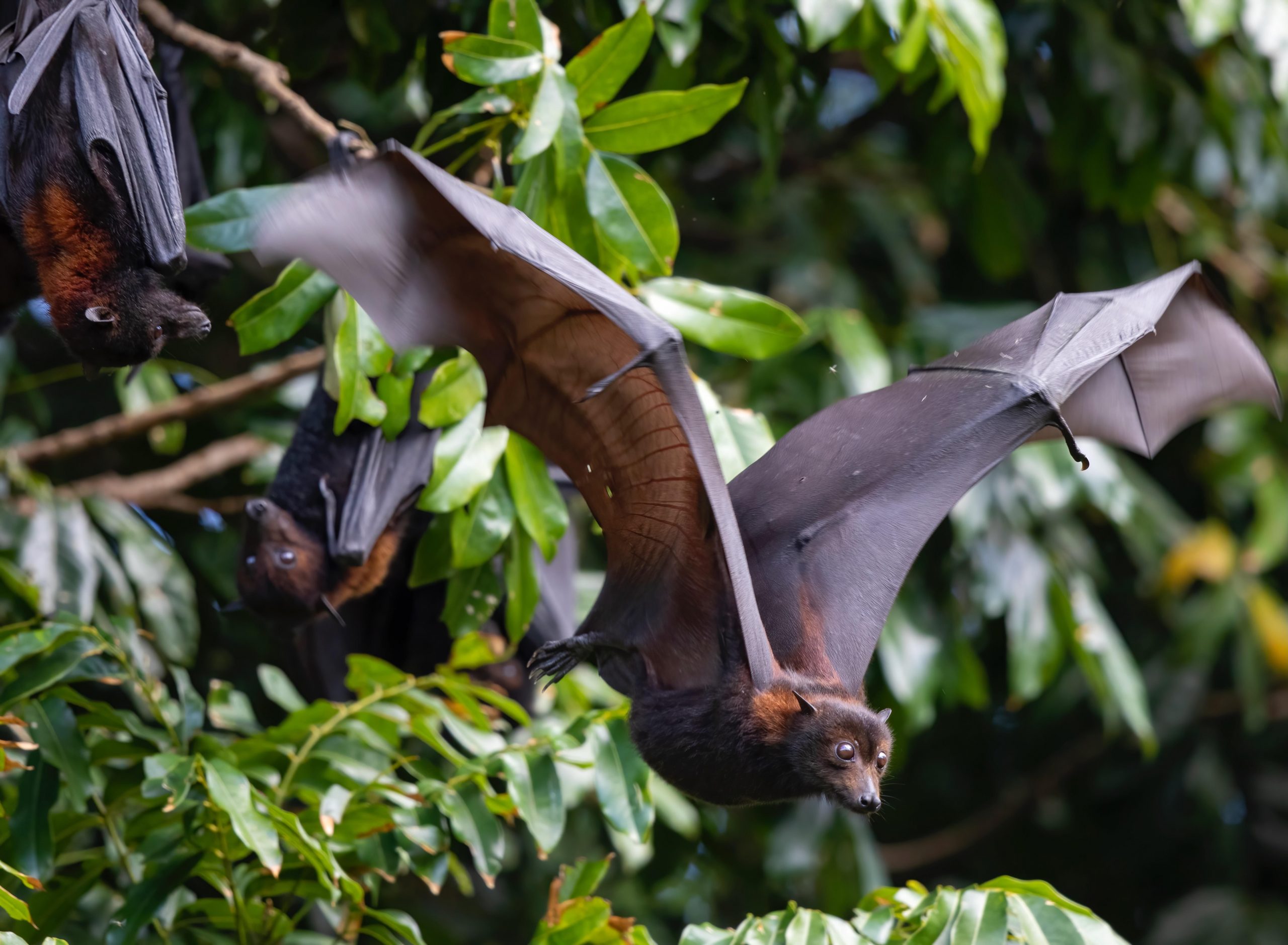 In Australia, deforestation has caused a deadly respiratory virus to pass from fruit bats to humans, by forcing the two species into closer contact, a new study reports.

Robbed of their winter habitats, large “flying fox” bat populations started breaking up over the past quarter-century and roosting in smaller groups closer to human agricultural and urban areas in subtropical Australia, the study authors explained.

These bats are the natural reservoir of Hendra virus, which jumped from the bats into horses and then from horses to humans, according to the report published Nov. 16 in the journal Nature.

Hendra virus causes a severe respiratory infection that has proven to be 75% fatal in horses and 57% fatal in humans.

The case study offers a glimpse into the process that causes infectious diseases like Ebola to jump from animals into humans, a process called “pathogen spillover,” the researchers noted.

“We collected and collated 25 years of data and saw this amazing pattern. We captured this rapid transition from bats feeding in big populations as nomadic animals to bats eking out a living in small populations, in areas where there are people,” said senior researcher Raina Plowright, a professor of public and ecosystem health at Cornell University in Ithaca, N.Y.

For the study, the researchers tracked the locations and sizes of fruit bat populations in subtropical Australia from 1996 through 2020.

Typically, the fruit bats remained together in large groups, living in forest areas and feeding on the nectar from flowering trees.

But during El Niño weather events, which occur in cycles, the buds of trees that bats depend on for nectar would fail to produce flowers during the winter, leading to a food shortage.

When that happened, the bats would split into smaller groups and move to agricultural and urban areas, where they would feed on weeds and fig, mango and shade trees, Plowright said. These food sources are more reliable, but provide less nutrition than the nectar of flowering trees.

“It makes a lot more sense in terms of conserving energy to break up into small groups, to not to have to compete too much against each other,” she said.

It turns out the El Niño-prompted winter food shortages were a sign of what would happen as a result of deforestation, the researchers noted.

Human destruction of forest habitat for farmland and urban development has cut down on the number of places that could produce enough tree nectar to support large and nomadic bat populations, Plowright said.

“That behavior that we saw previously as a response to a food shortage that was very brief, now we’re seeing that behavior becoming persistent in the bat population all year round,” she said.

The smaller groups of hungry bats also tend to shed more virus, the investigators discovered — possibly because their starving bodies don’t have the energy to fuel an effective immune response.

In agricultural areas, Hendra viruses spread when bat urine and feces drop to the ground where horses are grazing, leading to infections. The horses’ own waste occasionally spreads the virus to people.

“We selectively removed the trees that provide food in winter, so the bats had to either die or adapt,” Plowright said. “They’ve gone for small populations in agricultural areas to find new sources of food. Essentially, we changed their food source, so then they had to come to us.”

The removal of the bats also has endangered the continued existence of the few forest areas left standing, Plowright said. That’s because the bats feeding on nectar act in the same manner as bees, spreading pollen from tree to tree.

The study “illustrates in a precise way what happened in this particular ecological circumstance, and reinforces the notion that human intrusion into the environment alters the natural balance,” said Dr. William Schaffner, medical director of the Bethesda, Md.-based National Foundation for Infectious Diseases. “Then the animals that are the source of the virus have to alter their behavior in order to survive, bringing them into closer association with humans and providing an opportunity for a species jump.”

Interestingly, the researchers discovered that when remaining stands of eucalyptus trees managed to bloom in winter, large numbers of bats flocked to those areas and virus spillover events ceased.

This shows that humans can prevent the future epidemics caused by spillover viruses, by preserving existing natural habitats and restoring some of the forests that have been needlessly cut down, Plowright said. Wild animals can return to their earlier patterns, if given a chance.

“We think if we restore that winter habitat, within 10 or 20 years we could have a healthy population of bats that’s nomadically moving across the landscape, and restore that pollination they provide to forests,” Plowright said. “It is a solvable problem. It’s not actually even very expensive, not that difficult. It doesn’t require any sort of technology. Just replant these trees.”

Schaffner is a bit more skeptical that replanting forests will restore the natural patterns that typically keep virus-carrying critters away from humans and livestock.

“We need to try to restrict ourselves from going into the habitat and tearing down the natural environment, because that’s what brings us into contact with the flora and fauna of the wild, and that offers opportunities for the transfer of these viruses from wild species into humans,” he said. “That story has been told time and time again, now.”

The World Health Organization has more about Hendra virus.