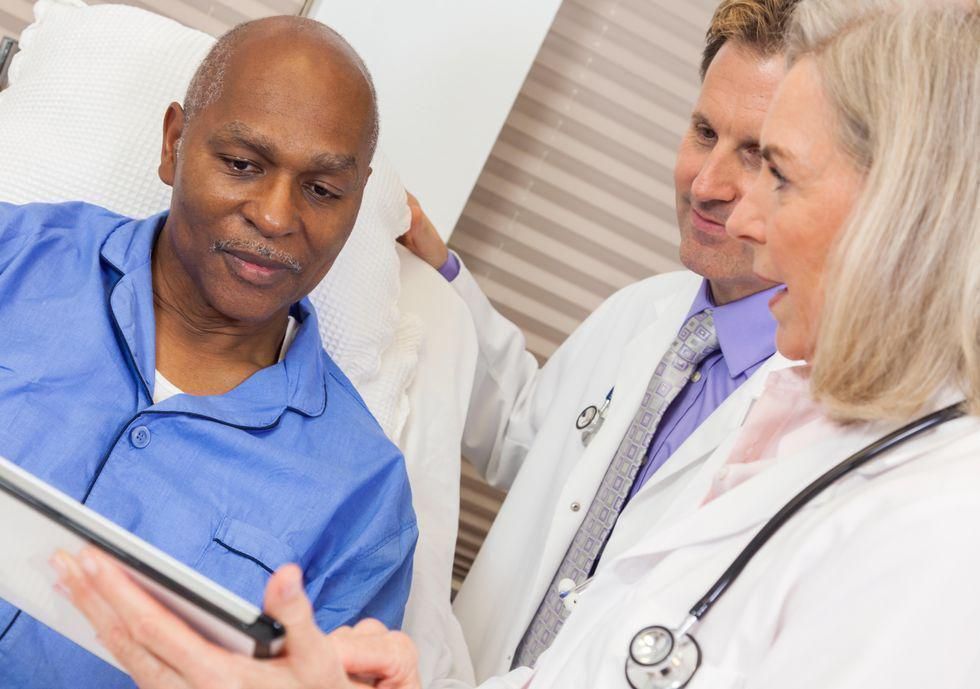 Cancer deaths continue to decline, dropping 33% since 1991 and saving an estimated 3.8 million lives, according to the American Cancer Society’s annual statistics report.

But individual trends within that overall success story highlight the struggle to find the best ways to prevent, detect and treat cancer for all Americans, the society said.

On the positive side, the United States saw an “astounding” 65% reduction in cervical cancer rates among 20- to 24-year-old women between 2012 and 2019, a direct result of human papillomavirus (HPV) vaccination, said Dr. William Dahut, chief scientific officer at the American Cancer Society (ACS).

“The effort that our children went through over the last 20 years or so to go through vaccinations have actually saved lives,” Dahut said, noting that the plummeting case level “totally follows the time when HPV vaccines were produced.”

Chief executive officer Karen Knudsen added that “this is some of the first real-world evidence that HPV vaccination is likely to be effective in reducing cancer incidence and [death rates].”

Unfortunately, rates of advanced prostate cancers are on the rise, likely driven by confusion and conflict over screening guidelines, ACS officials said.

The second-leading cause of cancer death for U.S. men, prostate cancer cases rose 3% a year from 2014 through 2019 after two decades of decline, the report found.

There’s also been a 5% year-over-year increase in diagnosis of men with advanced prostate cancer, “so we are not catching these cancers early, when we have an opportunity to cure men,” Knudsen said.

Black men, in particular, are being affected by the rise in prostate cancer, according to the report.

The nation’s leading authority on health screening, the U.S. Preventive Services Task Force, recommends that men between 55 and 69 years of age discuss the potential benefits and harms of prostate cancer screening with their doctor and then decide for themselves.

American Cancer Society guidelines recommend that doctors discuss screening with men at an earlier age — 40 for those with a close relative who has had prostate cancer, 45 for men at high risk, and 50 for nearly all others.

The concern is that the screening tool — the blood-based PSA (prostate-specific antigen) test — can be influenced by factors other than prostate cancer, Knudsen said. For example, inflammation of the prostate can cause a rise in PSA.

Men who undergo prostate cancer surgery or radiation therapy can wind up with lifelong side effects like impotence or incontinence. Because of this, screening guidelines have tended to be conservative.

But the science around prostate cancer detection has advanced in recent years, Dahut said.

Doctors can now put together a genetic profile that will reveal increased risk in some men. For instance, the BRCA2 gene normally associated with breast cancer “puts people at higher risk for having more aggressive prostate cancer,” Dahut said.

“MRI imaging of the prostate has really dramatically changed the way we think of actually determining if prostate cancer is likely to be there and how to go ahead and biopsy it,” Dahut said. “And there may be ways to do relatively rapid MRIs. They’re doing that actually in the U.K. right now.”

“This is not the 1990s, where a rising PSA would trigger potentially premature strategies for prostate removal,” she said. “We have moved so far beyond that as a field.”

To address these prostate cancer trends, the ACS is launching the IMPACT initiative — Improving Mortality from Prostate Cancer Together.

It’s aimed at reversing the disparities in prostate cancer for Black men and reducing death rates overall by 2035, Knudsen said.

IMPACT will include new research programs, improved education efforts and a reconsideration of prostate cancer screening guidelines, she explained.

“With prostate cancer still sitting as the second-leading cause of cancer death, and that shift toward a diagnosis of more aggressive disease, we can no longer stand back and not act,” Knudsen said.

The Cancer Statistics 2023 report contained other pieces of good news, including an all-time high 12% five-year survival rate for pancreatic cancer, up 1 percentage point from the previous year.

This is the first time since 2017 that the survival rate for pancreatic cancer has increased two consecutive years, the Pancreatic Cancer Action Network noted in a statement.

There’s no standard early detection method for pancreatic cancer, which often only has vague symptoms. The disease is typically diagnosed late, once it has already spread.

“For a disease as difficult as pancreatic cancer, an annual increase of 1 percentage point is an important and encouraging milestone that shows we’re headed in the right direction and our comprehensive approach is working,” said Julie Fleshman, president and CEO of the network. “But 12% is still the lowest five-year survival rate of all major cancers so we need to build on this momentum by continuing to fund research to find an early detection strategy and better treatment options for pancreatic cancer patients.”

The findings were published online Jan. 12 in CA: A Cancer Journal For Clinicians.

The American Cancer Society has more about cancer facts and statistics.