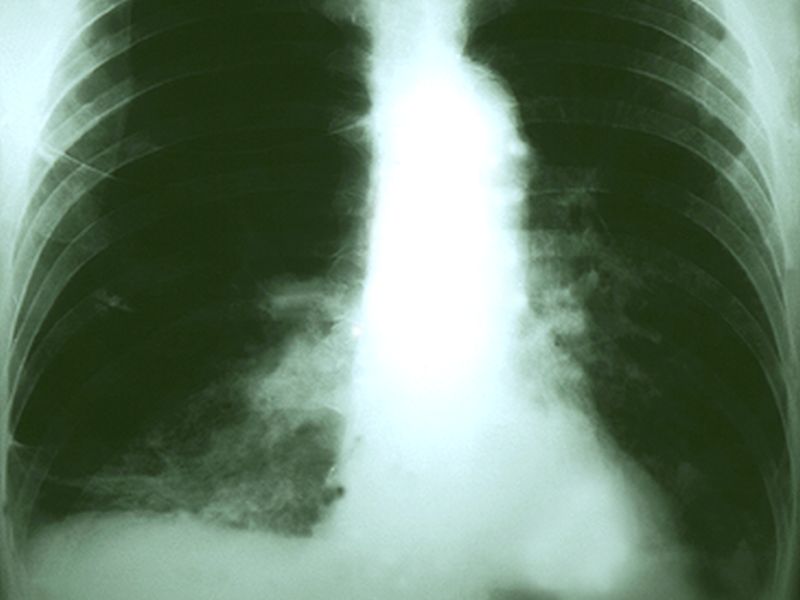 Lung cancer remains by far the leading cancer killer because it is so often caught too late.

But researchers now say it may someday be possible to quickly confirm the disease after a CT scan, by using a simple nasal swab.

The key is DNA-based “biomarkers” in the nasal passages that appear to reveal whether a lung lesion is cancerous or not.

The researchers said the test might help doctors spare some patients expensive and risky follow-up procedures.

Lenburg is professor of medicine at Boston University and made his comments in a university news release. He and his colleagues published their findings Feb. 27 in the Journal of the National Cancer Institute.

As the researchers explained, physicians now rely on chest scans to look for lesions that might signal lung cancer in long-term smokers or other high-risk patients. If a scan shows an aberration, follow-up procedures such as invasive lung biopsies may then be ordered.

So, “there is a clear and growing need to develop additional diagnostic approaches for evaluating pulmonary [lung] lesions to determine which patients should undergo CT surveillance or invasive biopsy,” study co-author Dr. Avrum Spira explained in the news release. He’s a professor of medicine, pathology and bioinformatics at the university.

The new study involved patients — current or former smokers — enrolled at 28 medical centers in North America and Europe. The Boston researchers took nasal swabs from the patients, and identified a pattern of 30 genes that were active in a different way in people confirmed to have lung cancer from those who were not.

Two experts in lung cancer care said the technique does have promise.

“Genomic markers have come to the forefront as a determinant for diagnosing cancer,” said Dr. Len Horovitz, a pulmonary specialist at Lenox Hill Hospital in New York City.

“This test may help avoid unnecessary procedures in the diagnosis of lung cancer,” he said. “This is certainly easier than [more invasive tests such as] a bronchial swab or bronchoscopy and may be as helpful at suggesting the presence or absence of lung cancer.”

Dr. Nagashree Seetharamu is an oncologist at the Northwell Health Cancer Institute in Lake Success, N.Y. She stressed that this was “a well-conducted, prospective trial — patients were enrolled before they were diagnosed with cancer.”

But Seetharamu said it’s unclear how widespread the test might become.

“While this study could potentially help improve diagnostic accuracy, I do not think that this could replace diagnostic biopsies or invasive procedures,” she said. That’s because the value of the test may vary depending on where the lesion is observed via CT scan in the lungs and airways.

Both Lenburg and Spira disclosed receiving fees from medical companies and Spira has related patents.

For more about lung cancer, visit the American Cancer Society.