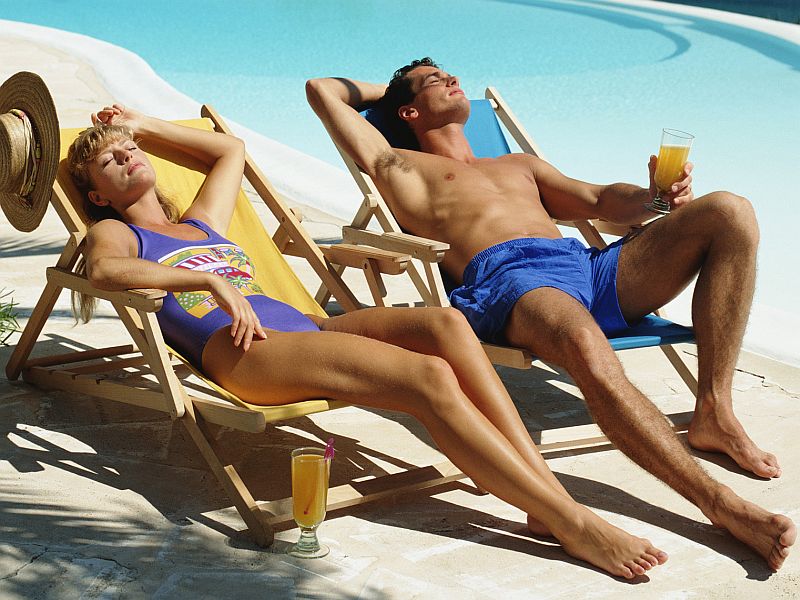 You probably know to steer clear of poison ivy. But did you know that sipping a Margarita or eating an orange in the sunshine can cause a similar skin rash?

That’s just one hazard the American Academy of Dermatology (AAD) wants you to guard against as winter turns to spring and you spend more time outside.

In addition, common flowers and plants, such as chrysanthemums, Peruvian lilies, tulips and daffodil bulbs, contain chemicals that can trigger allergic skin reactions, according to an AAD news release

“Your skin can be affected by a wide variety of things you might find in your backyard, or even inside your home. While there are simple precautions that you can take, you have to be aware of what you might run into so you can protect yourself,” said Dr. Amy Chen. She is an assistant professor of dermatology at the University of Connecticut School of Medicine.

For example, Dr. Julian Trevino, a dermatologist, recommends avoiding plants with “leaves of three” in order to guard against poison ivy and poison oak. It’s also a good idea to wear protective clothing and apply a barrier cream to the skin while hiking, gardening or working where these plants grow. If you are exposed to poison ivy or oak, rinse the affected area right away, he advised.

Other hazards may catch you by surprise, Trevino noted in the news release.

“People may think they’re more likely to develop a rash while hiking in the woods than enjoying a drink by the pool, but if that drink happens to be a margarita or a beer with a lime, they could end up with itchy red skin at the end of the day,” he said.

When the sun’s UV rays are combined with exposure to certain plants — such as citrus fruits, like lemons and limes — people can develop a condition called phytophotodermatitis, which leads to a rash and darkened skin, Trevino said.

Rinsing the skin and reapplying sunscreen after eating or drinking citrus in the sun can help prevent this reaction, he said.

Some other common foods and plants can also cause reactions. Plants used in spicy foods, like chili peppers and horseradish, contain chemicals that can irritate the skin, said Trevino, who is a professor and chairman of dermatology at Wright State University in Dayton, Ohio.

Other culprits include plants with spines and thorns, such as cacti and thistles. And, he pointed out, small nettles or hairs on some plants can release chemicals into the skin that result in hives.

In addition to plants, insect bites and stings can also lead to red, bumpy or itchy skin. Certain insects also carry viruses and other germs that cause serious health issues, such as West Nile virus, Lyme disease and the Zika virus.

To protect yourself from irritating plants and pests, cover up. Long sleeves and pants are best. When outdoors, it’s also a good idea to spray clothing, shoes and gear with the insect repellent permethrin. Apply insect repellents to the skin that contain DEET, picaridin or oil of lemon eucalyptus. If a bug lands on you, flick it off instead of squashing it to prevent it from biting, he added.

Chen said most insect bites aren’t serious and can be treated with over-the-counter or prescription antihistamines and topical steroids.

If you develop symptoms after a bug bite, such as a rash that doesn’t fade, fever or body aches, seek medical attention, she added.

The U.S. Centers for Disease Control and Prevention has more about poisonous or irritating plants.