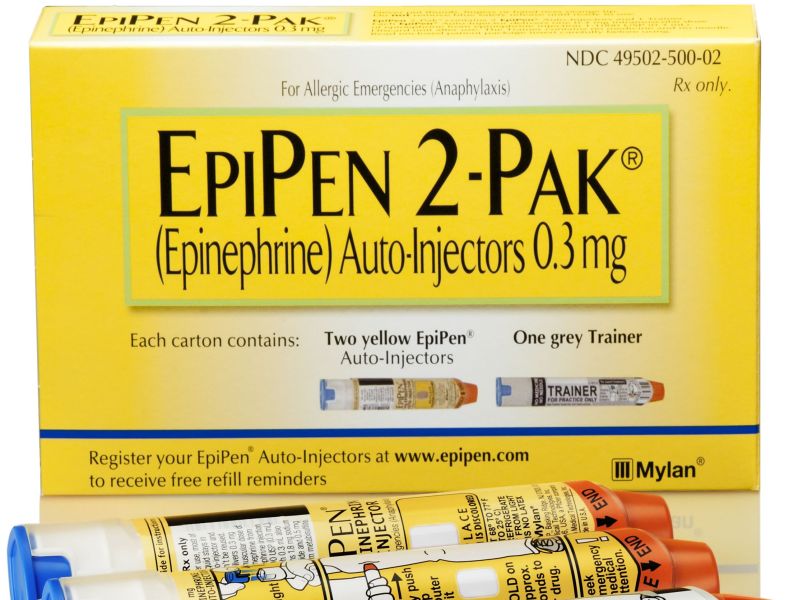 Annual out-of-pocket costs for lifesaving EpiPens in the United States skyrocketed nearly 124 percent for many privately insured patients between 2007 and 2014, a new study finds.

An EpiPen is the most widely used epinephrine auto-injector. The pocket-sized device is needed when someone is having a life-threatening allergic reaction.

“The major concern is that these increases may lead patients to forgo filling EpiPen prescriptions due to cost, since having an EpiPen can mean the difference between life and death when serious allergic reactions occur,” said study lead author Dr. Kao-Ping Chua.

Chua is an assistant professor of pediatrics and public health sciences at the University of Chicago. He and his colleagues analyzed nationwide data on people with employer-provided insurance.

About seven in 10 EpiPen users are commercially insured, the study authors noted.

The rising costs are due to aggressive drug company pricing and insurance policies that don’t adequately protect patients financially, Chua and his colleagues said in a university news release.

“I have met families in the pediatric emergency department who have told me that cost prevents them from replacing their child’s expired EpiPen every year,” Chua said. “I also know a patient with a history of serious allergic reactions who only gets an EpiPen when her relative fills a prescription for an EpiPen two-pack and shares the extra one with her.”

The pharmaceutical company Mylan bought the rights to EpiPen in 2007. After an outcry about soaring prices, it launched a $300 generic version last December.

Chua said that’s not a real solution. “Many patients will still have substantial out-of-pocket spending for generic EpiPen because of the cost-sharing their insurance plan requires,” he explained.

“The bottom line is that drug manufacturers and insurers should not force individuals and families to pay high amounts out-of-pocket for life-saving drugs like EpiPen,” said Conti, an associate professor of pediatrics and public health sciences.

The study was published March 27 in the journal JAMA Internal Medicine.

The U.S. National Library of Medicine has more on epinephrine injection.